I posted this blurb on Facebook, but since some of you might not be on FB, I'll reiterate here. Forgive me if you are forced to read this nonsense twice.

If you have, here's a pretty peony for you. The end, move on, nothing to see here, keep walking. 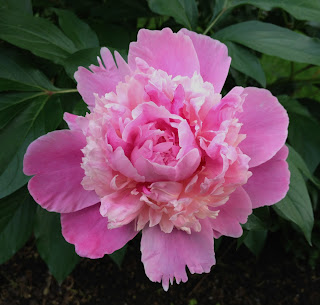 I am not good at self-promotion. I don't know if it's just my nature or because I'm a Canuck or I'm channeling my inner-British-heritage reserve, but I am just not comfortable tooting my own horn. That being said, I do like to share good news, not so much for the back-patting (which also makes me feel all squidgy inside) but in order to encourage other budding writers, young and old, who may be hesitant to take that leap and send their work out into the world. Also, it lends legitimacy to my days spent on long walks or staring out the window. This is not wool gathering, it's processing information for future material. It qualifies as real work, people.

Just before we left for a trip to Jamaica, oh, a year or so ago (too lazy to look up the date) I learned of a contest for an anthology of travel/camping/cottage stories. When I say "just before" I mean that literally, as in hours before we were leaving.

Luckily the contest rules stated it was acceptable to submit previously published work. Over the past ten years or so, I've had about fifty stories published in various newspapers, magazines and anthologies here in Canada and the U.S. (something else most people don't know about me.)  I figured I'd just attach a few of those to an email and carry on packing for the trip. Easy peasy.

However, the attachments didn't attach.

Since my stories almost always come in at 800 words, I thought heck (more like ah, bloody hell and holy Moses on a bagel) I could just type in a few in the body of an email.

I weighed the urgency of packing vs sending in a few stories which may or may not win, but in the end, I sat down, typed like mad, then forgot all about it. (I learned to SCUBA on this trip to Jamaica, the thrill of which pretty much blotted out all and any other experiences before and after the trip.)

(I like talking in brackets. I feel like I'm whispering in your ear. There should be an "aside" font. Also, there is a great need for a sarcasm font. But I digress. Which is another character trait of writers.)

Quite a while later I learned that I won the contest with one of my stories, then yesterday I was asked if they could use a second one as well. So despite the fact that the dog was barfing up thongs and I'd had no sleep for several nights in a row and it was pouring rain, yesterday was a Good Day.

The anthology is tentatively titled "Never Light A Match In The Outhouse: Funny Stories From Cottage Country."  Not what I'd use as a title, but they never asked me my opinion. 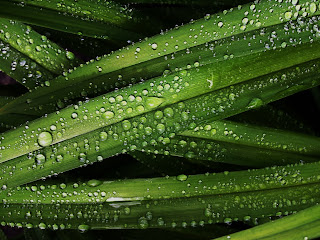 Fabulous news--I'm so happy for you, and I can't wait to read your stories! :)

Congratulations! I'll have to look for that book.

I could say I'm surprised, but I'd be lying. I'd be more surprised if you had Not won.

Squee! Congratulations!
Er, do you have links to some of your other stuff online? I think I read one once, but I'd love to read more!

You can Google Watershed Magazine and see the latest under my column "Pam's Point" if you wish.

Awesome!
They don't seem to have a way to see previous posts though...

Okay, now I've read it, and I'm getting teary at work. Going to pass this on to my mom and sister!

You're too sweet. I actually got a fan letter, from a stranger no less. That's always pretty special.

ps the reason you can't see older stories is because the rights revert back to me. They're not supposed to publish the current one online, but I allow it. After that, I can sell them elsewhere, and I have. Just can't remember where. Some are buried in the blog, but again...can't remember where exactly.

You should bring out a compilation! Sort of like this one: http://www.pamelaterry.net/ (from this blog http://fromthehouseofedward.blogspot.ca/)

Meanwhile, captcha words below are "motherms patterns". Is that some sort of mommy-related phrase they just invented? [vbg]

Kathy and kc have been after me for years to do the same.

My mom liked your article too, especially that last line :-)

Sister hasn't read it yet...

Aw, thanks for letting me know! xo