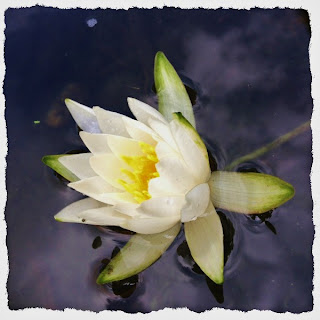 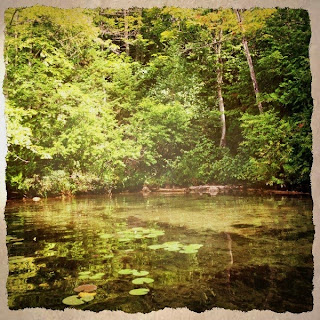 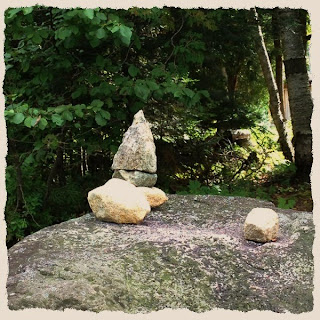 As many of you know, I head to the cottage every summer. That means more time spent swimming, reading, gardening and kayaking and fewer blog posts. (Okay, I lied about the gardening. My "garden" looks like someone dropped a junkyard in the middle of a jungle.)

Today I decided to take the kayak to photograph some of the waterlilies growing in the next bay. I thought it would be easier to bring Neurotic Dog with me rather than leave him at home, where he would pace and chew paper to show his displeasure. He likes the kayak, and generally sits quietly, sprawled on my legs. 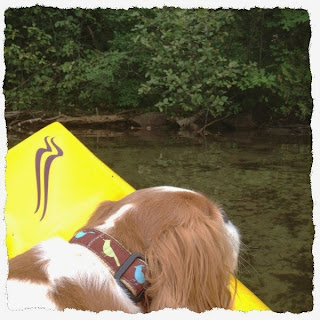 I was mindful today because last time I took out the kayak, I flipped it over and sent everything ass over teakettle. I managed to hang on to my glasses and hat that time, but my towel hit bottom faster than Lindsay Lohan.

I happened to have a gaff on hand and used it to fish out the sodden beach towel resting on the bottom of the lake, about 8 feet down. My husband actually gave me heck for getting it wet (the gaff, not the towel) since it belonged to his uncle, an avid fisherman. Well I would argue the whole point of a gaff is to get it wet, not sit decoratively in the corner of the living room. But I digress.

I decided to use my iPhone so I could pop it into a large Ziplock bag in case of accidental spillage, and off we went, dog, me, and double-bagged phone.

It wasn't easy, folks. I hadn't counted on just how difficult it would be to juggle paddles, the kayak, the dog, the camera and lean far enough over so as to focus, but not so far that I, or worse my phone, would end up in the lake. After paddling and drifting into place, I had to quickly grab the phone in one hand, hover over the subject, manipulate my thumb to press the button, all without a preview.

Did I mention the slight breeze that kept the kayak drifting either away from the shot, or more often, right over the blossom, submerging it completely? Or the bugs that crawled in my ears and eyes which I couldn't bat away?

Anyway, I got back unscathed, and despite Buddy's attempt to snatch a few waterbug snacks, we averted disaster. 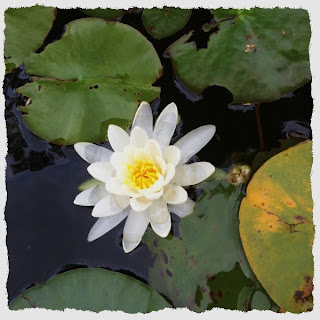 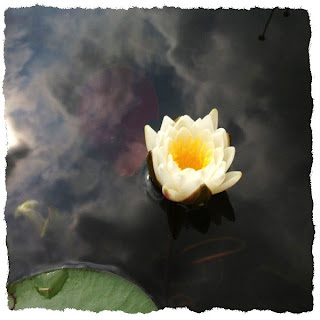 We ended with a swim at sunset as a family of loons swam past and thunder rumbled in the distant hills. A pretty good day, and all the more precious because the leaves are turning already and summer is coming to an end. 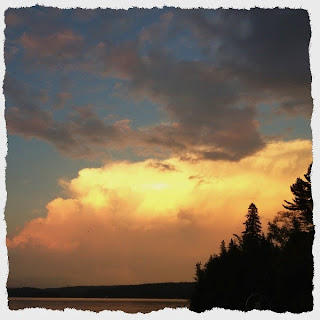 Posted by A Novel Woman at 6:34 AM No comments: