Meet Apollo, a dog who will melt the Grinchiest of hearts


During our visit to St. Lucia last week, we had a chance to chat with a lot of people from around the world (mostly Canada, the U.S. and the U.K.)

Patti and Gene did many dives with us, and we shared stories at lunch one day. Patti had an up close and personal visit with a giant octopus on the west coast of Canada. They are the largest on earth, some of them 20+ feet long, and weighing in at 150 lbs. (See HERE) (Lisa, I double dog dare you to look.)

Patti said the top of its tentacle was as big as a man's arm, and after she and her fellow divers peered closely at it and gave it some gentle nudges, it decided to check her out but wrapping one of those meaty tentacles around her arm all the way up to her shoulder. It was intense, but she said she never felt threatened, only that it was curious. It eventually uncoiled itself and calmly swam off without any ink involved. Because they are as intelligent as dolphins, Patti can no longer eat calamari. (I have no such qualms, although I get it, because I refuse to eat horse, which is common here in Montreal. It was difficult sitting across the table from someone who was eating horse, quite frankly. I was grossed out. Not sure about what I'd do if offered seahorse on a cracker. But I digress.)

The subject of dogs came up and of course, we all became animated and had more stories to tell. Patti's was one of the most heartwarming, and she allowed me to share it, and some photos, here.

Apollo is their 130 lb Great Pyrenees they inherited at 10 weeks old after another family gave him up. He has a condition called "mega-esophagus." This means he is unable to eat like a regular dog. Food can't move through his esophagus because of this muscle or nerve defect. If forced to eat from a bowl on the floor, the food would not make its way down to the stomach, but instead, collect in his chest cavity. At a certain point, he would just throw it all up, and if not treated, he would certainly die.

So, treatment? I asked. Surgery? Nope. It's incurable.

The only thing that can be done is to either have the dog stand on its hind legs, and keep it upright for upwards of 30 minutes so the food can move down to the stomach, or...

...put the dog in a doggie high chair.

Apollo has his own, custom made highchair. When he's ready to eat, Patti and Gene gently place Apollo on his bum in the chair, arranging his tail underneath him. When Apollo wiggles into place and when he is comfortable, he lifts a paw in the air to signal he's ready for the tray to be lowered, and meal time to commence!

I didn't believe it, so Patti showed me photos and I thought my heart would melt on the spot. She agreed to let me post them.

Prepare to be swept away on a sea of dog love. Seriously, this is the cutest thing I've ever seen. 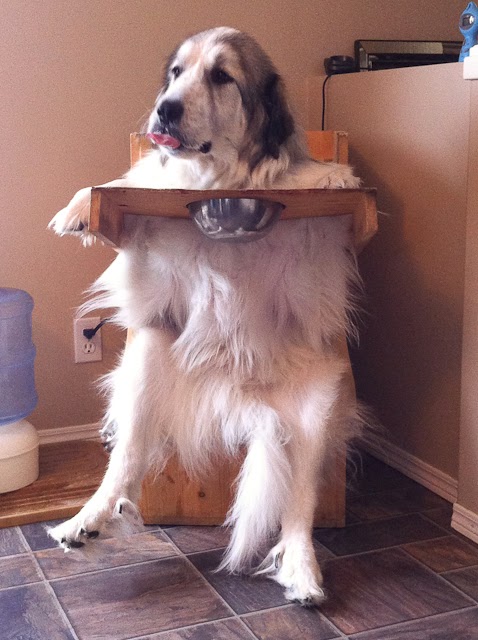 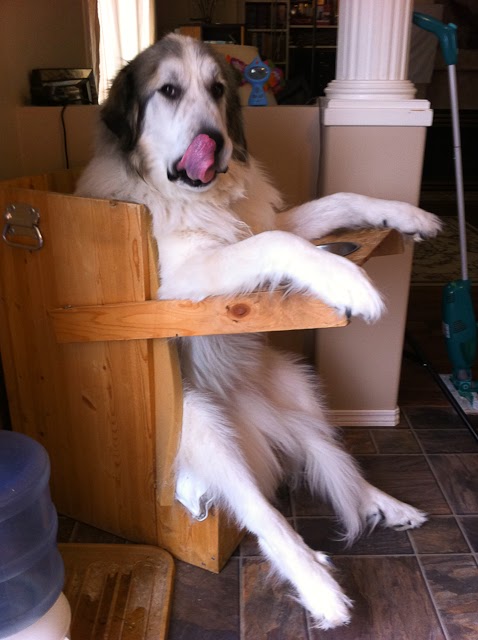 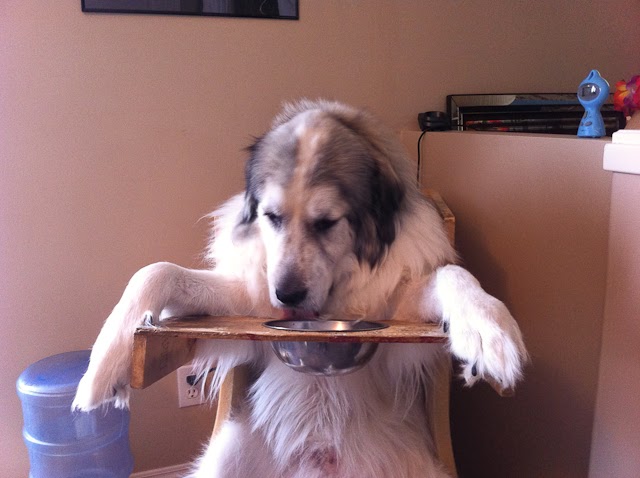 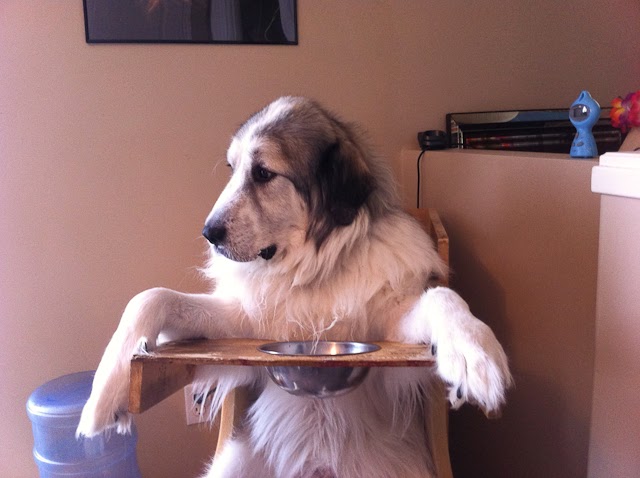 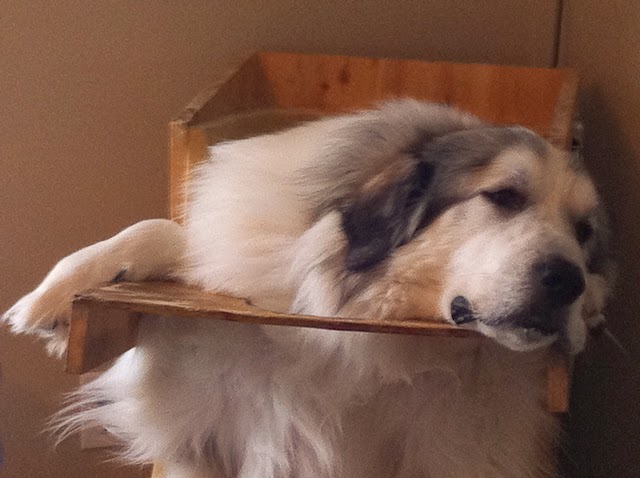 I'm dying here, looking at these.

I just returned home from 10 days of diving in St. Lucia. My heart is still there, I'm afraid. We had one of the best vacations ever. The weather was hot, the drinks were cold and friends were around every corner. Just magic and so hard to come back to more snow.

Check out this video by my friend Phil. He was right behind me, so I can't believe I missed this!