Looky Looky What I Got!

LOOK WHAT I GOT TODAY!! Those baked goods? All made by Kathy Down The Road, my friend and former neighbour. Isn't she amazing? And there are another three boxes of cookies for my kids.

And the photos don't even include the big box of east coast lobsters cooling their tails in the fridge! 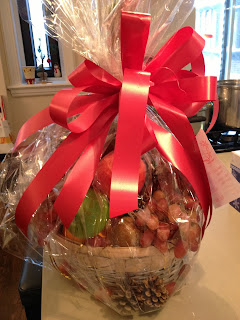 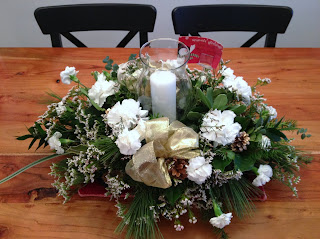 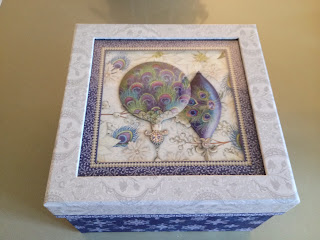 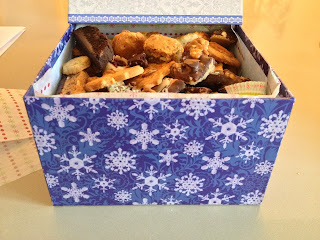 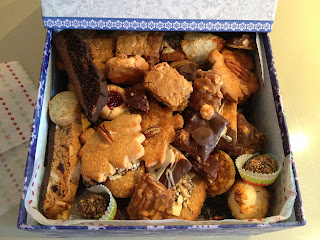 From Letters of Note, A Christmas Letter from John Steinbeck


All of the letters of note are good, but this particular one really hit home.

I am guilty of buying too many people too many gifts at Christmas, especially my "kids" who are now grown and properly launched and don't need a whole lot.

Maybe next year will finally be the year that I cut back, for real, instead of just threatening to do so. It will be a Christmas with only made-with-love gifts. Like the sponge toffee I made this year.

(If you want the recipe, I can put it in another blog post. It's easy peasy and so delicious you'll think you're eating angel wings. Or what I imagine angel wings taste like. Ach, now I'm thinking, "Okay, what kind of person pulls the wings off an angel in order to eat them? That's sick!")

From Letters of Note, from John Steinbeck.

Back from Camelot, and, reading the papers, not at all sure it was wise. Two first impressions. First, a creeping, all pervading nerve-gas of immorality which starts in the nursery and does not stop before it reaches the highest offices both corporate and governmental. Two, a nervous restlessness, a hunger, a thirst, a yearning for something unknown—perhaps morality. Then there's the violence, cruelty and hypocrisy symptomatic of a people which has too much, and last, the surly ill-temper which only shows up in human when they are frightened.

Adlai, do you remember two kinds of Christmases? There is one kind in a house where there is little and a present represents not only love but sacrifice. The one single package is opened with a kind of slow wonder, almost reverence. Once I gave my youngest boy, who loves all living things, a.....

To read the rest of the letter, follow the link below.

America is like that second kind of Christmas.
Posted by A Novel Woman at 7:12 AM 2 comments:

I am sometimes asked, "Where can I read your stories?" Well, the latest can be found in Watershed Magazine. The topic is something men probably won't understand, but ladies...amirite, or amirite?

'Tis the season means, 'tis the season to eat, drink and dress up in fancy clothes. Since my friends don't host come-as-you-are parties, i.e., sweatpants, this means I have to don an actual dress and teeter around in heels that make me look inebriated before my first drink.

This is when I always regret the summer of culinary excess - the BBQs, the hotdogs and fries at the food truck, the ice cream, oh, the ice cream. I have my go-to outfit, a basic black dress. My stylish 90-something grandmother, who always stood out in her brocade turban and ropes of pearls, once said if you want to look elegant, you wear a simple design made of quality fabric then add fabulous accessories. She also said don't leave the house without a girdle. Nowadays they call them body wrappers or shape tamers, but as Nana also said...

If you want to read more, just follow the link to Watershed Magazine.

You will see me in my underpants, or at least the imaginary me courtesy of the talented and funny Trish York, who illustrates all my stories.
Posted by A Novel Woman at 7:41 PM 3 comments:

WestJet, You're Killing Me

Remember a few months back when I wrote about how awesome WestJet is?

Well, this is another reason why I love them.

I always look to WestJet first when I fly. The employees are amazing people, truly.

I dare you to watch this without crying.

I heart WestJet. I really, really do. 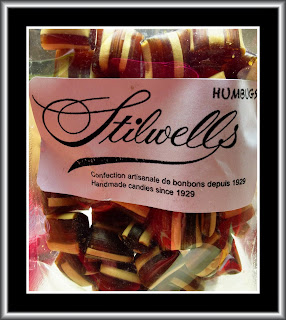 It's simply not Christmas in Montreal without Stilwells humbugs. They are still made completely by hand by a 5th generation member of the Stilwell family.

How to describe the little beauties? These hard, striped candies are a lovely mix of dark brown sugar, pure peppermint oil, butter and black molasses. The recipe originated in England when Richard and Constance Stilwell moved to Montreal back in 1914, and brought the humbug recipe with them to Canada.

The business started right around the time of the Great Depression, with homemade fudge.

Back in 1927, violinist and artist Richard Stilwell lost his job and had to find a new way to look after his family. He didn't want to use social assistance, so he began selling fudge made by his eldest daughter Gladys.

Daughter Kay sold the bars for a nickel a piece, mostly to caddies at the Mount Royal Golf Club. Richard cycled into Montreal's business sector to sell whole boxes of fudge bars, all fancied up with ribbons, to businessmen. This earned him $2 - $3 a week, at least until he was arrested for selling without a permit.

Not one to give up, Richard along with another daughter Jeanne switched to call-in orders, and they continued to deliver fudge all around town. Conveniently, Jeanne worked at Bell Canada and was able to promote the fudge business with all her contacts at work. Sales grew, and allowed the family to rent space for an actual store within a year. Humbugs and other candies were added to the mix in 1929, and then they set up shop on Wellington Street in Verdun in 1933, where they remained until the move to LaSalle in the late '90s.

It was in August of this year that there was the looming danger of losing this wonderful candy company forever. A collective gasp was heard throughout Montreal, and for a few months, their future was in jeopardy. Then  Le Panier Pointe Claire got involved, and the humble humbugs were back in production once again.

There are all kinds of flavours now, like spearmint, caramel, cinnamon, wintergreen and butterscotch to name a few, but I still like the original humbug best. They're shipped all over the world, from as far away as Europe, Russia, Japan and China.

Connaisseurs of humbugs know that if you leave them out in a bowl, exposed to the air, they will solidify in one solid lump. You pretty much need a chisel to get one loose, but meh, that too is all part of the tradition. Leave them in a bag, and hide them in the back of the cupboard or they'll be gone before you can say "bah, humbug."

If you're looking for places to buy them, you can look up retailers HERE.

I know for sure they're available at Le Panier in Pointe Claire Village, Westmount Stationary on Sherbrooke St. in Westmount as well as the Montreal General Hospital and St. Mary's hospital because as we all know, if you're sick, nothing makes you feel better faster than a humbug!

To watch them being made, have a look at this news report:

Baby, it's cold outside

Although not as cold as, say, parts of Texas and Arizona this week.

The snow is almost gone in Montreal, but on my drive up to the cottage this week, I stopped by the side of the road to take this photo. 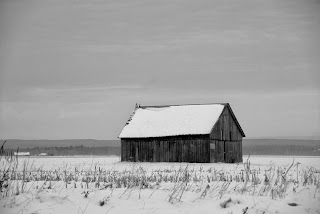 I've passed by this barn hundreds of times, mostly in the summer. I've always meant to stop and take a photo. This time I did it. Trucks flying by at top speed tossed stones my way and enough wind to knock me into the side of my car, but did I let that stop me? Nah.

There was another shot I wanted to take, of a lone tree in a vast empty field directly across the highway, but there was a parked car with the engine idling, and I was alone, so I just wasn't willing to risk it.
Posted by A Novel Woman at 4:21 PM 2 comments: 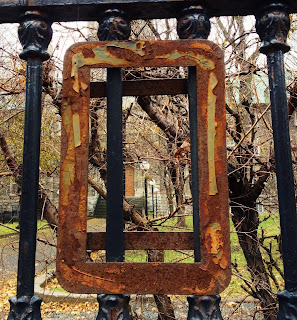 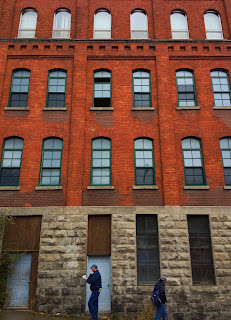 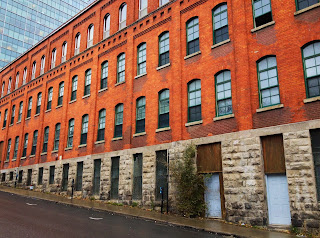 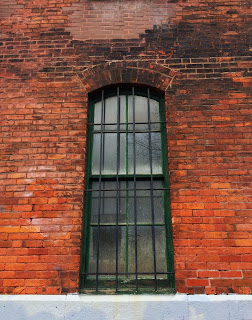 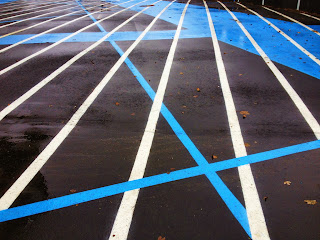 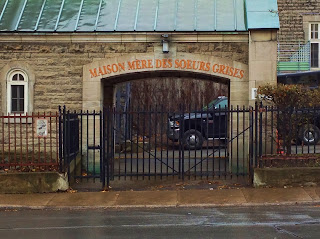 Posted by A Novel Woman at 7:06 AM No comments: