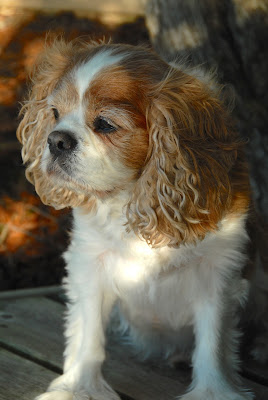 How lucky I am to have something that makes saying goodbye so hard.
Winnie the Pooh

With the possible exception of squirrels, Buddy never met a human or animal he didn’t like. When I brought him home as a puppy, I promised to love and protect him until the end of his days. As he matured, and I use the term loosely, the Budster developed quirks that were exasperating and endearing in equal measure. He snored like a rusty chainsaw; I kept balled-up socks to bop him when it went sonic. Separation anxiety was a challenge; he literally lived in my shadow. If left alone, he’d wiggle into the couch cushions like the filling in a taco, or shred paper in paroxysms of grief. He wouldn’t walk on wet grass, or drink water from anything but a glass bowl. He loved to perform tricks, especially feigning death by gunshot if you pointed a finger, betrayed only by a twitching tail. All guests were treated like new toys; he’d jump on their legs, and lick any exposed skin. As my friend put it, “The first lick is a kiss, but after that, they’re just flavour licks.”

At eleven years old, Buddy was deaf and he struggled with stairs, but his appetite for food and play were undiminished. So when I was told last spring he had cancer, I was shocked. In a cruel twist of fate, my husband was also diagnosed with cancer the same week. My husband's cancer was treatable and his future is positive, but Buddy's tumour was aggressive. Treatment was mentioned; it wouldn't cure him, only prolong his life briefly, and at a terrible cost. This would only benefit me, not him. I asked if we'd get one more summer together at the lake, and was told no, he wouldn't make it to the summer, let alone through it.

Maybe it was his obstinate nature, or high tolerance for pain, or his love for me and cottage life, but as we anxiously watched for signs of decline, he ambled through June, then July, seemingly the same old Buddy. I gave him the best summer I could, fearing each day would be his last. Someone said, "don't mourn your dog before he's gone" so I didn't. He ate, he played, and he was even there to comfort me when my husband underwent his cancer surgery on our 30th wedding anniversary last August.

By mid-September, I brought Buddy to the cottage one last time. He ate raw beef, fetched sticks from the lake, rolled in dirt under sun-warmed cedars, and sprawled on the forbidden couch beside me. 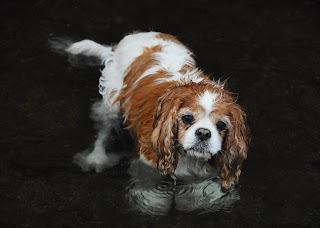 I had a date for home euthanasia, which literally means "gentle death" but when the day arrived, I panicked. He seemed so happy, still had an appetite and bright eyes, The vet walked into our home and Buddy, the jumper, the licker, just sat before him. The doctor kneeled, and their eyes locked for several minutes, in silence. After a thorough exam, he said quietly, "His heart is very weak, he's in a lot of pain. I believe he's hanging on for you. It's time."

I loved Buddy enough to let him go, and he died peacefully in my arms a short time later.

His snores no longer fill our bedroom each night. Who knew I would miss that so much? When I open the front door, he is no longer waiting for me, tail swishing in full circles. I found his stuffed monkey the other day, and was undone. There are now crumbs on the floor because my canine Hoover is gone. I have spent more time with him in the past few years than anyone else, and the pain feels like repeated punches to the head and heart. I bagged his leash, his sweaters and beds, but I've yet to throw them out. He was cremated, but I can't bring myself to collect his ashes. I forget sometimes and reach under the table with a morsel of chicken, and I'm surprised when he isn't there to take it from my hand. My family, and those who have read about his antics over the years, miss his gentle spirit and goofy charm. 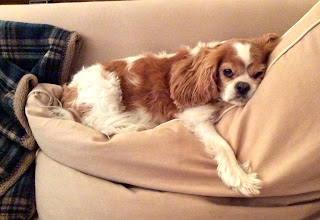 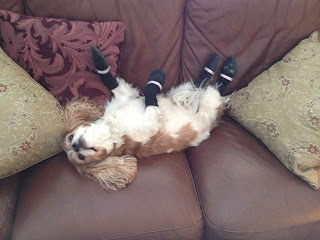 I mourn his loss, yet choose to remember all those summer nights we sat together on the screened-in porch watching the sun dip below the hills. The loons would call goodnight across the water, and Buddy would yawn and sprawl on my feet, keeping them warm. He was content simply to be with me, and I with him. My grief is raw and relentless, yet I'm so glad to have had these years with him, and I wouldn't trade them for anything. 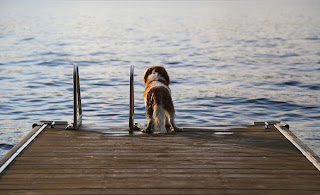 You are missed, little guy, and you were loved. Saying goodbye was hard, but oh, my sweet dog, how lucky I was to have known you. 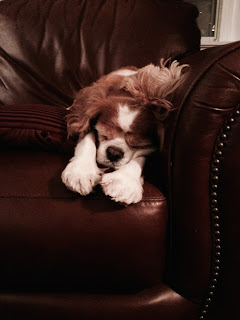