From my friend Mary, lady of the homemade doughnuts down in Texas!

A little girl walks into a pet shop and asks, in the sweetest little lisp, between two missing teeth, "Excuthe me, mithter, do you keep widdle wabbits?

As the shopkeeper's heart melts, he gets down on his knees so that he's on her level and asks, "Do you want a widdle white wabbit, or a thoft and fuwwy bwack wabbit, or maybe one like that cute widdle bwown wabbit over there?"

She, in turn, rocks on her heels, puts her hands on her knees, leans forward and says, in a tiny quiet voice. "I don't think my python weally gives a thit."
Posted by A Novel Woman at 8:03 AM 8 comments: 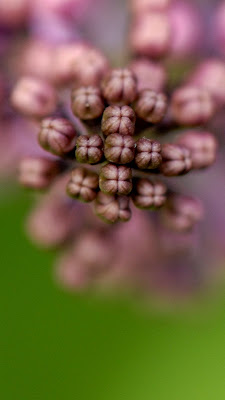 I'm past the worst of this rotten cold that's kept me down for two weeks (knock wood, spin three times, spit and sing Alleluia.) The sun is shining, the birds are tweeting (the only twittering I'm involved in these days) and I'll be cruising the 'hood for more flower photos next week. I'd take photos of my garden but I don't know, do you want to see photos of dandelions and crabgrass sprouting amidst the Buddy Bombs?

Until I impose upon the goodwill of my neighbours with nicer gardens (using the age old method of Horticulture Stealth Photography, or 'Horthography') and post more flower pics, have a boo at these videos. My friend and writer extraordinaire kc dyer just posted them on her blog, courtesy of Darren Barefoot. It's the goofiest cat I've ever seen. There's a television in one of the videos, but if I owned this cat (though from the looks of it, this cat would own me) would I really need a television for entertainment?

Seriously, it makes me want to go out and get another cat. Almost. But I know if I did, my husband would most certainly garrote me on the spot with Buddy's leash. Don't tell him, but he hasn't even discovered all the big holes on our new patio screen door. You see, we have Boris, a fat old lump of a cat, who sits and stares at the door, knowing someone will eventually come and open it for him (and even that explanation may be giving him more credit than he's due.) Then there's Kicia, a tiny, floppy bit of fluff with a big personality who gets our attention by climbing the screen and howling. I've now reached the point where I don't have instant heart failure when I glance over to find her stretched like she's being tortured on the rack. We (I) have to make sure her claws are trimmed, otherwise she can't release her grip, leaving us (me) no option but to slide the screen open with her still attached to it so I can pry her off, one furry paw at a time.

Nah. I'll stick to watching others:

It's that time of year, finally, finally... 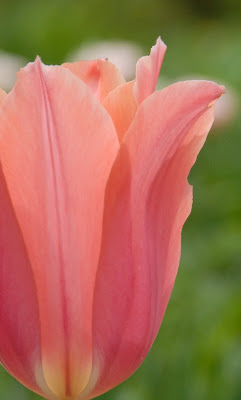 I am cursed with a wicked head cold and nasty cough which has turned my usual sweet, melodious voice (no really, I usually sound like a cross between Julie Andrews and Imogen Heap) into something resembling this:

So while I drag myself around the kitchen to make chicken soup and delicately dab at my nose, I'll invite you to watch this. TED lectures never disappoint.

For my photography friends, particularly those with an interest in street photography.

Rob Forbes is a designer and the founder of Design Within Reach. He prefers the title Streetwalker. He spends a lot of time in urban areas looking for and studying design in the public sector, taking about 5,000 photos a year. Check out his TED lecture. (If you go to the site, you can choose to watch it in high res.)

Posted by A Novel Woman at 1:34 PM No comments:

Everyone Needs a Little Pig Sometimes

Because I need to finish a summer piece to hand in soon.

Because I need to send out the two queries I keep pushing to the back of my desk.

Because I need to find a Hawaiian outfit to wear to my nephew's wedding and something in the Hamilton tartan to wear to the Sons of Scotland whisky tasting.

Because I need to think of a dessert to bring to the family brunch on Easter Sunday and I'm drawing a blank.

Because I need to get on the treadmill and/or get outside and walk the dog.

Surfed and found this instead. Now I'm happy and can get back to the other things.

Also, I now need my own pig.

From Nathan Bransford's blog, who believes we all need a little pig in our life.

More Personals from the LRB

The London Review of Books has the best personals ever. Just regular joes looking for an average date, assuming you are a crab-juggling fish nerd or a space goat.


My favourite one this week:

I subvert all the expectations built up in this column like a goat in space subverts gravy. Space-goat-esque gravy-subverting pervert (M, 51).

A goat in space subverting gravy? Ah, if only I was available....
Posted by A Novel Woman at 8:08 AM 5 comments: 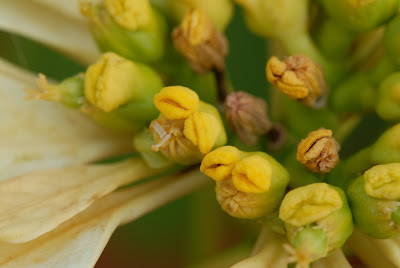 Is it me, or do these flowers look like Muppets? 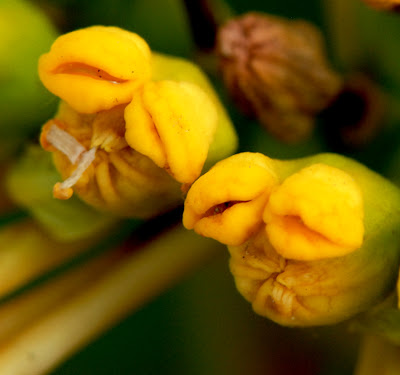 April Fools hoaxes in the media

The Guardian reported that after 188 years of ink and paper, they are going to be reporting exclusively on TWITTER. Not only that, but they said they will re-write all articles from their archives to fit the parameters of 140 words.

Sample: Martin Luther King's legendary 1963 speech on the steps of the Lincoln memorial appears in the Guardian's Twitterised archive as "I have a dream that my four little children will one day live in a nation where they will not be judged by the colour of their skin but by", eliminating the waffle and bluster of the original.

There's a new breed of tartan sheep featured in a photo in the Times, and YouTube has inverted all its pages today. Of course, this one about Tarte Tatin which is an upside-down cake, looks normal.

There is a viral video making the rounds showing the first helicopter hotel. The website plays up all of the aircraft's 18 luxury rooms complete with minibars and Queen-sized beds. And there's head gear that will record your dreams, an iPod add-on that will drive your car for you, and an online service that will add a photo of your face to a pizza.