Scenes from a Fall Day

These were taken yesterday whilst Buddy and I were out and about, mostly in the city's back alleys which I love. Except in the winter. These are a mess in the winter when we get piles of snow and ruts of ice and the cars you see peeking out can't actually get out. And there's nowhere to put the snow you're shoveling. Other than that, the alleys are pretty swell.

Also, Not My Problem. I have indoor parking for the first time ever and I plan on never going back to scraping layers of ice off my car every time I want to go get a carton of milk. But I digress.

Alleys are pretty this time of year. 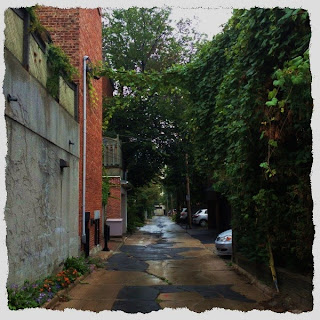 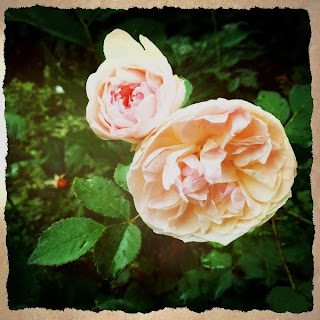 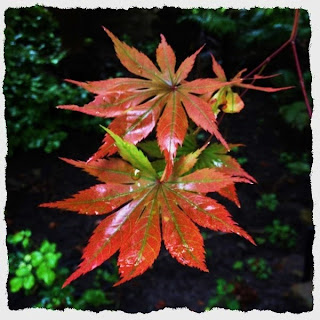 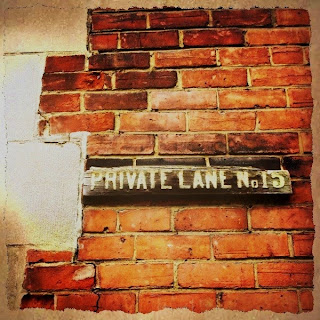 The Private Lane 15 sign intrigued me, and only made me a) want to trespass (which I did to take the photo) and, b) want to go on a quest to find Private Lane 1 through 14. And beyond.
Posted by A Novel Woman at 11:13 AM 1 comment:

What I put up with on a daily basis

Watch this and you'll get some idea of what I put up with every day, living with the world's most ridiculous dog.

He clearly wants something. I know what it is, because I've lived with him for 9 1/2 years, but see if you can figure it out.

He's communicating with his eyes, and as you'll see at one point, his snout.

The scene: I am on the couch, trying to read, as he sits at my feet and stares, and shifts, and snorts. I know from experience that if I ignore him, he'll woof deep in his throat, tiny restrained woofs that blow out his cheeks. Those will turn into sharp barks that show me how disgusted he is by my lethargy to act now right now I've been patient enough, woman, and I lack opposable thumbs we've been over this!

Did you figure out what was bugging him?

I honestly think, seriously believe, that my dog has OCD.
Posted by A Novel Woman at 1:22 PM 14 comments:

A stroll around the 'hood

Summer may be winding down, but it ain't over just yet. 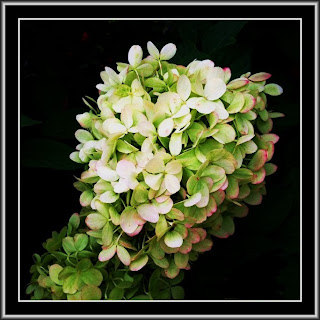 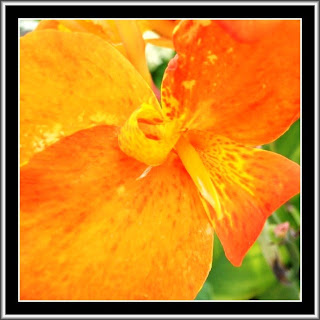 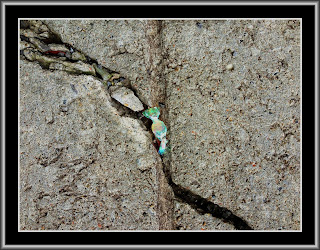