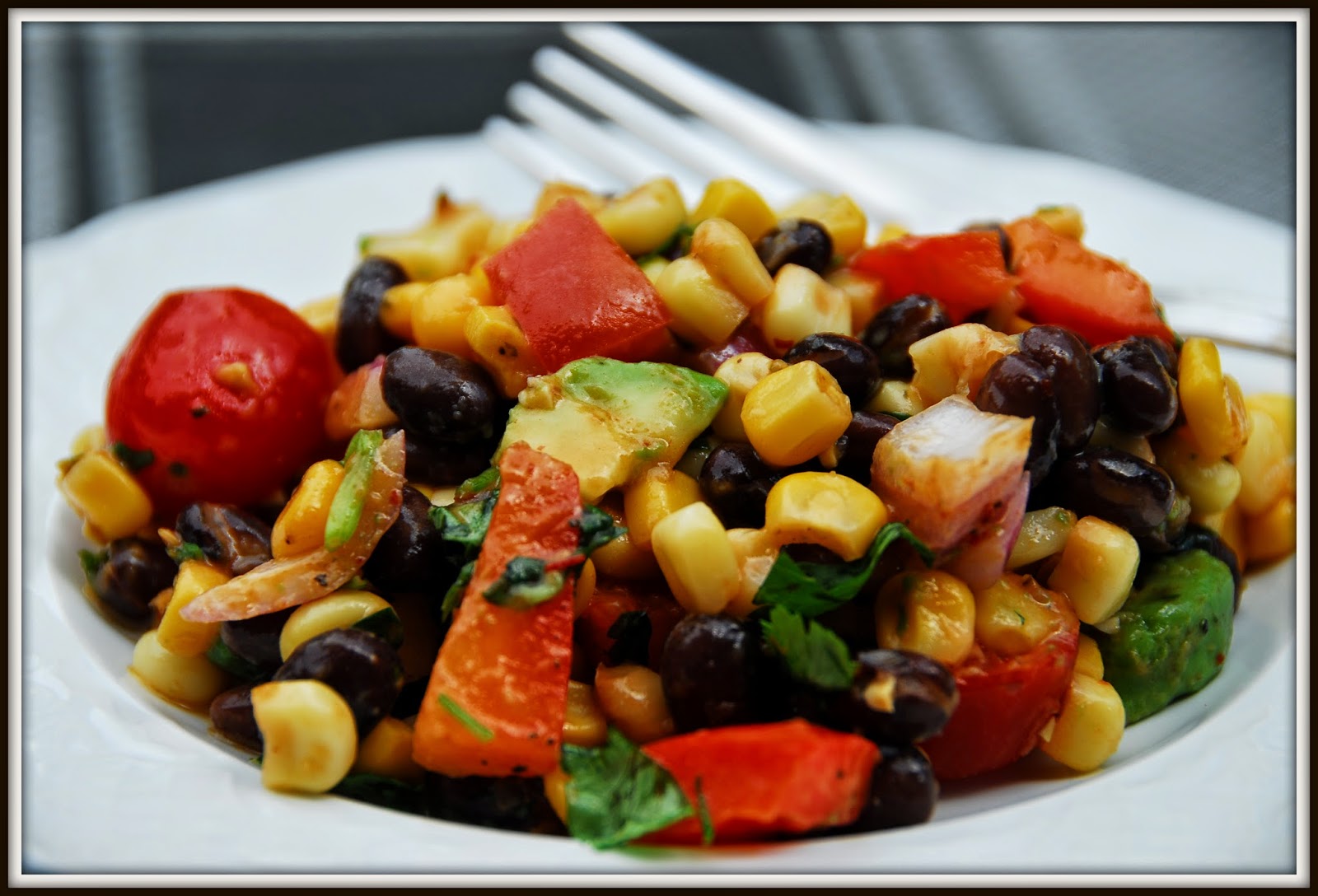 A friend at the lake decided to surprise his wife with a party for her 50th birthday. And by "party" he meant dinner for 43 people in their home.

A sit down dinner.

Guests supplied salads and desserts to go with the German sausages and beef tenderloin and roasty toasty potatoes he threw on the BBQ. I can't believe Karl pulled it off, actually. He faked a back injury (had a massage, took Advil) and sent Mary-Anne off on a 2 hour boat ride, claiming his back was just too painful to allow him to go. Then he enlisted the help of some stalwart friends who rushed over to set up the tables and get everything ready. We all jumped out from behind the house and yelled "SURPRISE!" (which never, ever gets old.)

I needed a salad to feed a crowd.

When I found the recipe for this salad, it said a similar version of it (with lime cilantro dressing) was a real crowd pleaser and one of the most asked for recipes. It is referred to as "Veggie Crack" which, I discovered, is accurate.

Here it is, with my twists. If you go to the website, you'll see I doubled the recipe. I used frozen organic corn from Costco, not corn on the cob. (Purists could do as the recipe says and cook fresh cobs then cut off the kernels, etc. These are the same people who make their own yogurt and almond milk and churn butter and spin wool.)  I just threw in a bunch of frozen corn, probably 4 cups worth if not more. And I used 3 chipotle peppers which gave it bite without making people splutter.  I also added chopped cherry tomatoes, and substituted basil for oregano, because I hate oregano. Well, hate is a strong word. Actually no, I really do hate oregano. And I doubled the number of avocados because unlike oregano, they are divine.

So here is my version.

Place everything except the avocados in a large bowl. Move on to the dressing.

Place the dressing ingredients in a blender or food processor and whirl until mixed.

Pour the dressing over the salad, mix well, cover and let it marinate for a few hours or overnight in the fridge. Right before serving, dice up the avocados and gently stir them in. Can be served cold or room temperature. Garnish with more cilantro if you wish.  Put the leftover chipotle peppers in the freezer!