Ring the bells and break out the beer

Whoo hoo. Let's head for the cold room for beer. 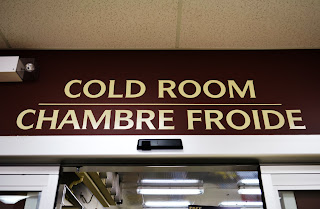 You can grab one of the following (I happened to see all of these last weekend): 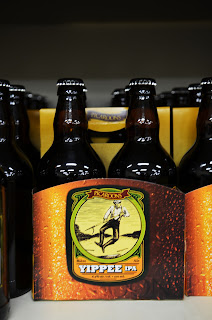 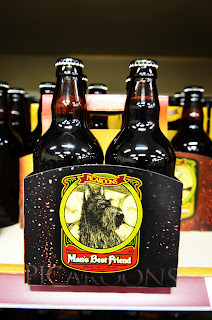 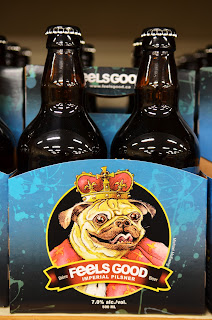 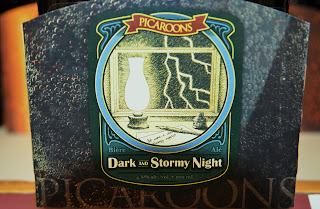 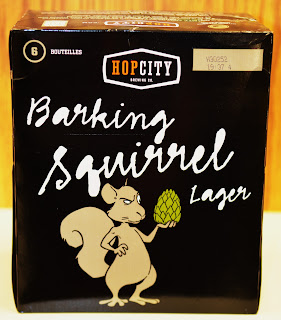 From a local brewery on the east coast of Canada.

I was there to attend my daughter's first solo art exhibit. I can't show you all her paintings due to copyright issues, but I can show you a couple of them. The first painting is the one she used as a poster for her show. I thought at first it was an old photo, like a collage, but no, she painted the whole thing, including the cool background design that looks like wallpaper. 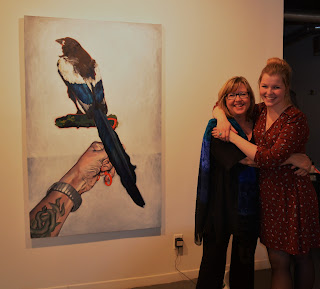 The second one explains why she insisted she had to buy a taxidermied magpie from the UK on eBay. It was a tough sell for her father, until he saw the painting. When you give birth to an artist, you must accept the wild and weird which follow. They really make life interesting, in the very best sense. If you are willing to accept a house full of dead stuffed birds.

It was a stellar night, lots of people came to the opening (including her older sister who flew in for the night.)  I was even asked to be part of the exhibit. I was instructed to give "mom hugs" to everyone who came to the exhibit. Conscious of my role as a Gallery Installation, I eschewed the whisky I bought for the occasion because I didn't think it would go over well to have some random, florid, boozy woman flinging her arms around students. Only when the crowds thinned did I allow myself a wee dram, and it was at that moment my daughter's professor showed up. I don't know if you've ever smelled whisky on someone's breath, but one sip makes you smell like a distillery with a leaky cask. I apologized and hugged him anyway. I'm hoping I didn't just consign my daughter to a D-.

Only one fellow refused a hug. The rest of the attendees, well, some were uneasy with the whole idea. Once they were persuaded to just "lean into the weird" (to quote the Bloggess) I could feel their bodies relax as they gave into it. Others - mostly young girls away from home, but some boys too - welcomed it and ran at me with open arms, some even getting a bit weepy and admitting it made them miss their own moms back home. Some asked for extra hugs goodbye when they left, saying it was a particularly rough time at school so they needed one badly. Some confessed quietly it had been a long time since anyone had hugged them, even their parents. They seemed shocked at how good it felt. I get emotional just thinking about it, actually. So I hugged, and rubbed backs, and whispered "there, there, you're okay, everything is going to be okay" until it was time to go.

We laughed, we cried, we ordered hotdogs and milkshakes and listened to the jukebox in one of the best, original diners in Canada: 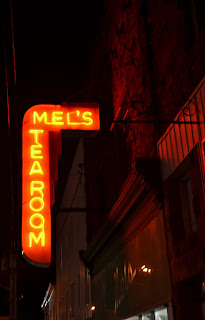 We tried to find Peter Mansbridge, who was staying in our inn (he's the top news anchor in Canada) but no luck. All in all, a great weekend. I'm just hoping they stay high and dry.
Posted by A Novel Woman at 1:30 PM

Congratulations to you and your daughter! Who would refuse a hug? [baffled]
Hmm, I'd like a dark beer, please, a stout or a cream ale [g]

Your 100 blog readers, (of which I am one) have been leaning into your weird for some time now, and we all seem to enjoy it.

Congratulations for the 100 followers!!