I first saw this recipe while dining in Chives, a most marvelous Halifax restaurant which, should you ever find yourself hungry in Halifax, is where you should hie yourself. They actually had several cookbooks for sale, all of which I perused over a drink and appies, but the only recipe to catch my eye was this one. I didn't want to buy the entire book, so I borrowed this recipe. I plan on giving it back someday.

Now I know people do this all the time. Recipes are meant for sharing, right? But I've felt guilty about it ever since. (I don't know how people shoplift. The guilt would kill me and I'd never get any enjoyment out of anything I nicked.) That being said, I think maybe the shame gives these little meat bundles that extra bit of flavour you just can't buy in a bottle. It's like you sprinkled them with unicorn tears and faery dust. Unicorns and faeries you kidnapped from the evil wizard who...okay, I think I made my point.

If you would like to buy the book, it's called Fresh & Frugal: Easy and Affordable Recipes for Market-Fresh Local Food, by Craig Flinn. To be fair, I think he said this is his mother's recipe so I guess that means he stole it first. Go ahead and buy the book if you want to support a man who steals from his own mother. (Unless she gave him permission to use it. Which is more and more likely, now that I think on it further. Thanks a LOT, High Anglican church upbringing. Why not burn the soles of my feet next while you're at it?)

If I'm having The Boys over for dinner, they always want meat and lots of it, so I double this. Serve it with a big pot of rice and a side of salad.

They will not eat the salad.

It just looks nice on the plate with all the meat and mushroom gravy. I changed a few things, quantities and the like. I'm not saying my version is better. But it is.

*Don't skip these, as they add a real pop to the gravy. You can find them on the shelf with capers and pickles and sauces, oh my.

1. Meat: Mix all the ingredients in the meat mixture. Divide into 12 balls. Cover with plastic wrap and chill. (I just leave it in the bowl and divvy it up later.)

2. Stuffing: Peel and cook the potatoes in boiling salted water until tender. Coarsely mash and cool. Melt the butter in a skillet and saute the onions, celery, garlic and poultry spice until translucent. Season with salt and pepper. Add to bowl of cooled potatoes and cool again. Add diced bread and egg yolk. Mix well with your hands. (NOT your feet.) (No matter how tempted you are to try it.)

3.  Sauce: Saute mushrooms and garlic in the butter over med high heat. When soft, add the rest of the sauce ingredients and warm through.

4. Assembly: Preheat oven to 350F. Remove meatballs from the fridge and place on parchment paper (they're quite sticky.) Flatten each ball to 1/4" and divide stuffing equally on the meat patties. Roll into little bundles (hence the name) meeting and sealing the edges well. Place in a non-stick baking dish 1" apart. Pour sauce over them, and bake, covered, for 45 minutes. Remove cover, baste, and cook uncovered for another 15 minutes or until insides are no longer pink.

I have seen much simpler recipes for these on the internet. They call for boxed stuffing, which I've never used. But I can vouch for this recipe. It's good. Just ask The Boys. 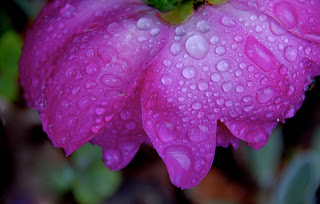 I think maybe you'd better make this FOR me first, before I attempt it myself. Just to, you know, make sure I do it right. And I think it would taste better at the cottage.

LOL Yutha! Nothing like a little hint or two ;)

I am SO there with these. The recipe is printed and I'll be making them this weekend. Made my mouth water just reading the recipe.

Yutha, you don't fool me.


Yutha, I like your style. You could additionally point out the concept of atonement...losing yourself in service to others as a way to ease guilt and shame, being as how she's got a high Anglican background.