How to find cheer on a snowy February day? 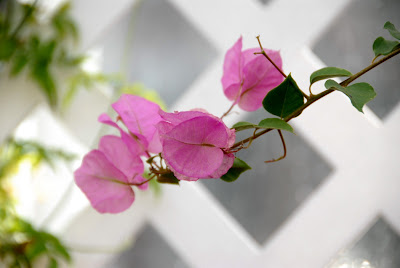 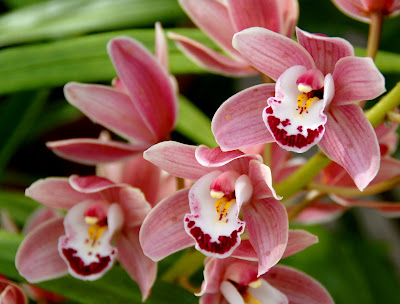 Hie thee to a greenhouse, my friends. Lucky for me I have access to a lovely old glass and steel greenhouse built in 1926. It's attached to my favourite library, a large red brick beauty founded in 1897 and just full of charm and character.

I beetled over there with a friend to take some photos because we were both craving some colour and just couldn't face another day photographing snow and ice. Just being around the lush green and the tropical flowers, the trickling water in the fountains and pond, with the sunlight pouring through the glass roof onto our heads.....well, it was like a tonic (the kind mixed with a shot of Tanqueray, a slice of lime and plenty of ice.) If you don't live in a northern climate with dry air and slushy streets and overcast skies and bone-chilling cold, you can't possibly know how much we Canucks need this sort of outing right about now. Cheaper than flying to the tropics, it's an instant fix for the winter blues. 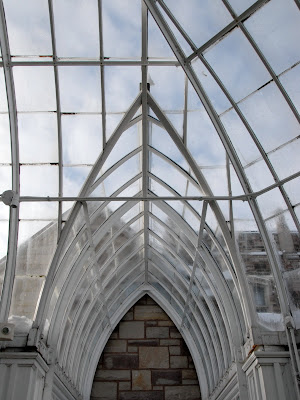 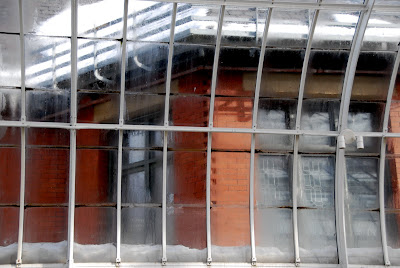 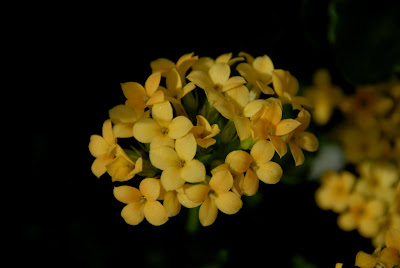 This greenhouse, built to commemorate Queen Victoria's Diamond Jubilee, has a definite Victorian vibe to it. There are these cool cranks and wheels to control the upper panels, and I found them and the structure itself, to be as interesting as the flowers inside the greenhouse. 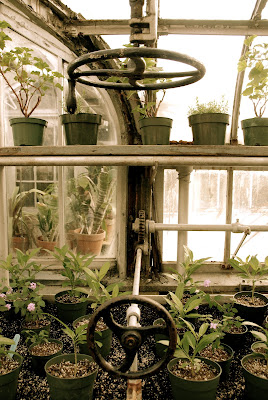 I used a fade technique here, to give it a kind of seventies vibe. Not sure if it works, nor why I bothered since I'd just as soon forget the seventies. Some of these photos aren't as sharp as I'd like to see. I actually remembered to bring my tripod with me this time, but then realized once I went to mount the camera that I forgot the little footing thingie that attaches the camera to the tripod. So many pieces of equipment, so many scrambled hormones that have abandoned the brain cells.... 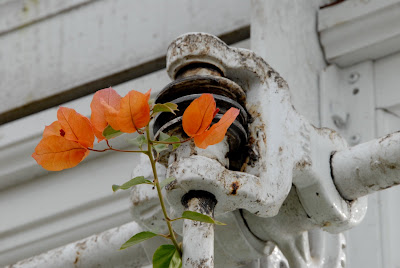 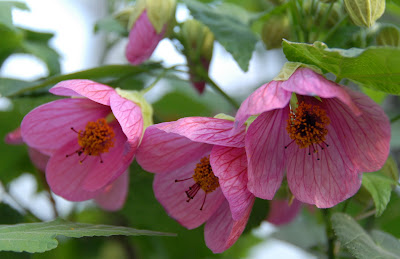 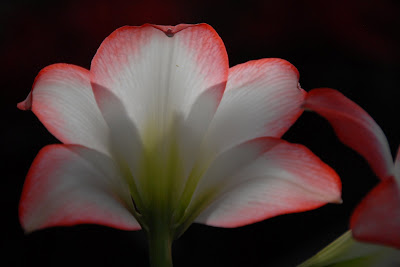 There are even little fish who aren't shy about swimming over to say helloooo. 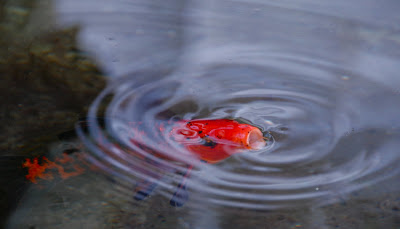 My photo buddy Brenda tells me that water photos turn out so much better with a polarized lens. I don't have one of those. Coincidentally, Valentine's Day and my birthday are coming up this month.

You know what they say? Roses die in a week, but a Nikon Polarizing Filter lasts a lifetime. I read that on a Hallmark card somewhere and it's always stayed with me....
Posted by A Novel Woman at 1:12 PM

So you're saying you want Doug to give you flowers and candy for Valentine's Day? Speak plainly woman - he's not a mind reader!

I loved all the photos, but that 'seventies' shot was especially great. However, truth be told, I'm not looking to hang onto the seventies either.
Good luck on your Valentine wish.
Kathleen in Virginia

Love your Blog! The pictures are great! I am a newbie at photography and thanks to Ree Drummond, I now own a Nikon D40. You will be put on my blog as a follower.

Too funny... I think it might have to be one of those heartfelt gifts you buy yourself (says she, who was given a leave pass for 24 hours to head to the Big Smoke, choose a nice lil' ol' Nikon zoom lense and wish herself Happy Birthday!).

I needed a smile tonight too... things a little grimmer at my place!
:-)
BB

Thanks for the comments, everyone. I love hearing from everyone, especially the newcomers. Welcome!

Bush Babe, happy birthday?! And what better way to celebrate than with a new Nikkor lens.

Jeanine, I'm a total neophyte myself when it comes to photography, so do as I do and just dive in!

So nice to see some colors this time of the year...
Isn't that Green House a great winter escape for us, Montrealers?
I can almost smell that warm, humid air when looking at your lovely images.
I really like that old, faded look you tried to create, it goes well with those pipes and flowers.

Your friend Brenda is right...polarizer is very helpful when photographing into the water.
It can help to eliminate the reflections, sometimes completely.
But it's great to have in general situations as well...just thinking about upcoming Spring
and your outdoor nature photography around the Cottage.
Just a little side note...if you are getting one, buy one for the largest lens (in diameter) and then
for it to fit the smaller lenses, you just need a Step Down ring, which is much cheaper option, than getting polarizer for each lens.

I like coming back to your Blog.
Always a great read! And entertaining!
Let's hope that Buddy will win the contest!
He so deserves it.

Thanks, Metod! I almost didn't include the 70s shot because it looked washed out compared to the others, but I'm glad I did because people seemed to like it. I'll post more later in the week.

I was just talking about that step down ring last night and couldn't remember the name of it! We also talked about a neutral density filter and a graduated filter.

So much equipment, so little time (and by time, I mean money.) Le sigh.

Gorgeous! That's my favourite library too - I sent a link to your post to my mom and she sent a photo back, of my grandmother sitting in the greenhouse last winter :-)

Ah, that's sweet. You know, despite the size of the place, there was all kinds of coming and going. There was a fashion shoot in the back, nannies and their charges, and an old British fellow doing a crossword ("excuse me, but do you know who can be attributed to the quote 'don't have a cow, man'?") I really liked the vibe in there. I'm going back when they give all the poinsettias the boot. Who wants to look at those this time of year?

seeing these photos makes me want to book a trip to Montreal ASAP... I miss green in the winters here, although my place called home is pretty much a burnt black state right now..