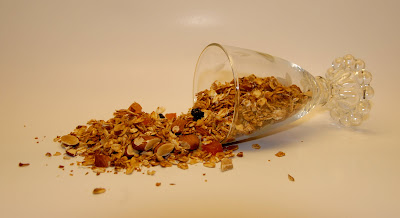 Does she knit? Does she peruse seed catalogues? Does she clean closets and air bed linens in a dizzying display of domestic fortitude and industriousness? Does she talk about herself in third person?

She makes granola. Healthy, crunchy, make-like-a-hippie-and-macrame-me-a-plant-holder granola. And you know why?

Just as sure as the tulips bud, the sap runs, and hope not only springs eternal but manages a few backflips because we've made it through another Canadian winter, that damn Mother Nature always pitches a fit and tells us, hey not so fast buster, I ain't through with you yet. It's going down to minus 13C tonight. Mother Nature has PMS and is making us all suffer.

And that's when I turn to comfort food. (Not the only time, but one of them. And in months with vowels in them.)

One of my staples is granola.

I've made granola since my student days. Like a lot of old recipes, that one called for a lot of brown sugar and oil (and inexplicably, skim milk powder) but now I make it this way. I have it every morning with milk or yogurt. It helps me get through the day when I wake up to snow covered tulips.

Preheat oven to 350F. Combine oats, bran and wheat germ on a large cookie sheet or in a deep baking dish (I use my roasting pan because when I stir it, it doesn't end up all over my counter top. Experience may be a cruel master but it's also a smart little bugger. Listen to it.)

In a microwavable measuring cup mix maple syrup, oil, vanilla and almond extract. Heat about 30 seconds on high to warm it, then stir it into the oat mixture and mix well.

Cool and put it in an airtight container. It's good for a month but it lasts less than a week in our house. Serve it with other cereals, or yogurt, even ice cream.

* The vanilla I have come to lurve more than my dog (almost) (depends on the day) is Sonoma Syrup Co. blend Pure Vanilla Extract Madagascar Bourbon & Tahitian Vanilla. I want to bathe in it. I bought one precious bottle at TJ Maxx in the U.S. and had I known how good it was I would have bought more. Luckily, I have since found it online. It's the most amazing vanilla you'll ever taste. Usually vanilla extract smells more like alcohol than vanilla, but this one is rich and sweet and just makes me want to hug myself. 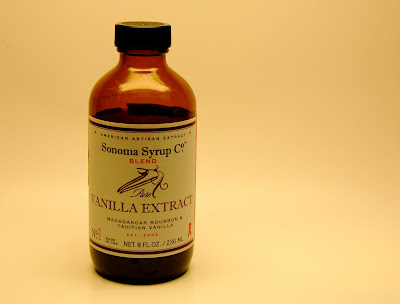 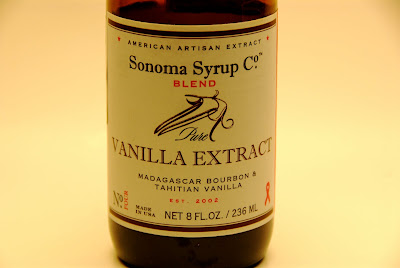 Go forth and toast your oats!
Posted by A Novel Woman at 5:49 AM

"that damn Mother Nature always pitches a fit and tells us, hey not so fast buster, I ain't through with you yet" - This is why we haven't removed the tarp surrounding our picnic pavilion nor taken out our patio furniture.
Your granola sounds delicious!

Wishing I could send you a French bon homme d'hiver to burn. In this meantime -- thanks for this recipe! It looks terrific!

Sigh. We have snow on the ground. Yep. I am whining. I eat granola every single day. And yogurt. I'll have to try your recipe. It sounds quite a bit fancier than my plain ol' Jane ol' recipe. (I don't think Jane tweezes either! LOL!)Thanks for your e-mail support!