Sedona, Arizona was simply mahvelous. Some of these shots were taken at the Airport Mesa, a site of an upflow vortex, which is helpful when one wants to "view life from a higher plane, to develop a more universal perspective, or to send a prayer or affirmation out into the world." 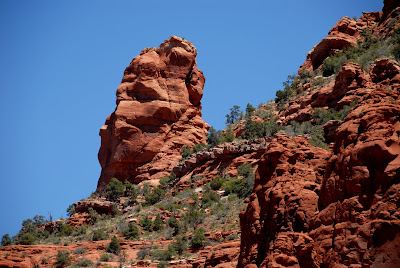 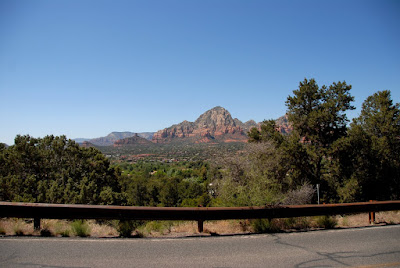 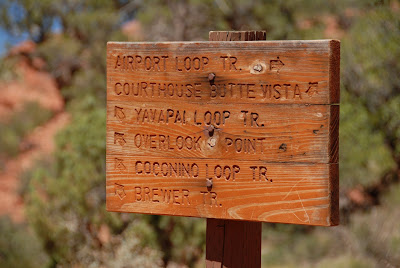 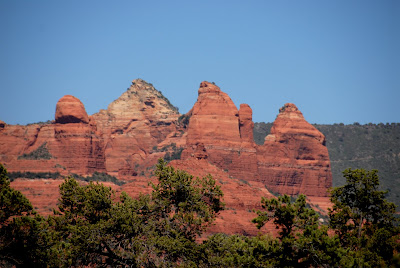 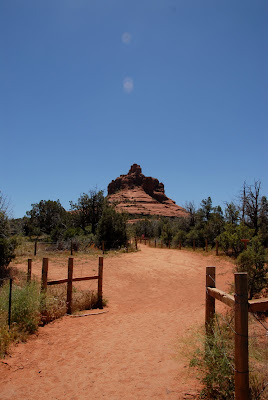 Below are shots of Tlaquepaque (translation: "the best of everything") a recreated Mexican village in Sedona. I "viewed life from a higher plane" when I had a burger and locally brewed beer on a second story balcony overlooking the village and mountains. 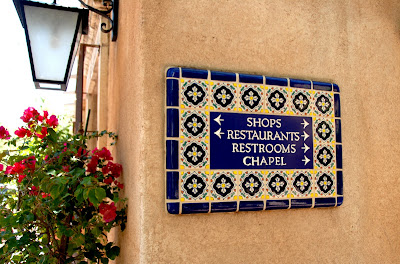 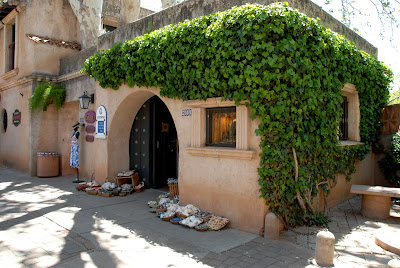 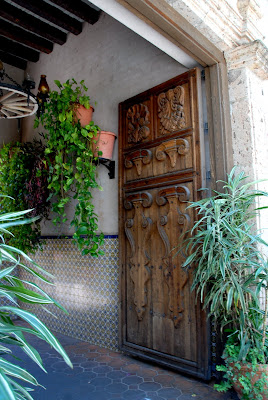 My five days in Arizona were perfect. I got a warm welcome from the climate to the people. I finally found a Chipotle's in Scottsdale, a goal of mine since watching the documentary FOOD INC. The people in that area were so friendly that the couple standing ahead of me in line invited me to join them at their table when they found out I was alone! How often does that happen in Montreal? (Answer: Never.)

I had a rental car so while Doug was busy with meetings and workshops I beetled up through the desert and spent a day in Sedona. There's a great vibe in this town, partly the landscape composed of these magnificent red rock mountains, or maybe it's because of the vortexes that can be found in various spots in the mountains. Whatever "it" is, I didn't feel it because I was paranoid my rental car was going to get towed where I'd left it. Next time I'll allow myself more time to relax and feel the vortex properly and not become a swirling mass of nervous energy myself.

And for the first time, my luggage was lost. I think it was determined to stay awhile longer, and ended up in Denver. Perhaps, while idling on the tarmac, it met a nice handbag who convinced my suitcase to stick around because this was true love. After many frustrating pleas via a call centre in India, I convinced it to come home, which it finally did yesterday to great fanfare.

I really do love to travel. Let me rephrase that. I love to be somewhere other than home. The travel part? I could do without that. Our flight was canceled at the gate, we had to run to the baggage, reclaim the bags, run to the counter and rebook, then enter security a second time, and race to our new gate where we went to Scottsdale via Toronto then Dallas then Phoenix where we rented a car. We arrived after midnight instead of the 4 p.m. arrival we'd planned. Forget eating that day. No lunch, no dinner, and no fecking food on board.

With that in mind, have a look at this.

thanks Kathy Down the Road
Posted by A Novel Woman at 7:25 AM

Looks like you had a fabulous time. And lucky you to get so much sun! Sorry about the rain you came home to. I'd offer you some sun, but I haven't seen any now in two weeks...

Oh, gosh, that was the funniest darn video ever.