On the flight back, there was a sweet young mom of three sitting one seat over who was having such an attack of nerves my heart went out to her. She was flushed and shaking, fidgety and close to tears and that was before the plane had even left the hangar! When we started to move, she asked if she could hold my hand. So I reached over the outwardly calm but slightly disconcerted man in the middle seat who probably wished he'd been seated anywhere else than sandwiched between these two crazy female bookends and I held her hand, and rubbed the back of it in slow circles with my thumb. I used my soothing mama voice, the one that convinced my kids there were no more monsters hiding under the bed. I got her calmer, got her distracted by asking questions about her kids and her life. (Then the man in the middle thought he'd help too, and mentioned a guy he knew who was in a plane crash but it's okay, he survived it. Even if we do go down, we'll probably be fine! Venus to Mars, come in Mars. Stroke the hand, stroke the hand!) 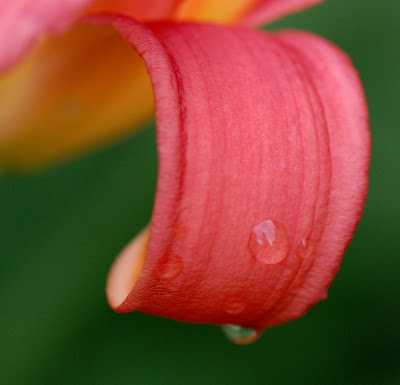 gratuitous flower shot to break up the text
Anyway, at the SiWC, we have days packed with workshops, and long nights in the bar talking writing with friends and fellow writers. Where else can you chat about Queen Elizabeth I with Anne Perry in the elevator, Diana Gabaldon about what makes a good sex scene, and Michael Slade about some guy getting his kicks from dressing dogs in panties, all in the same day? Or sit with the ethereal novelist and professional puppeteer Mary Robinette Kowal, who had us in stitches describing a Passion Play gone horribly wrong. Or hear Jack Whyte not only sing his hippopotamus song but convince hundreds of people to join him in the chorus?

You know, when I attend the conference every year, there are always signals from the universe, little nudges, wee "woo woo" moments where I stop and think was that a coincidence, or do I need to pay close attention to something. 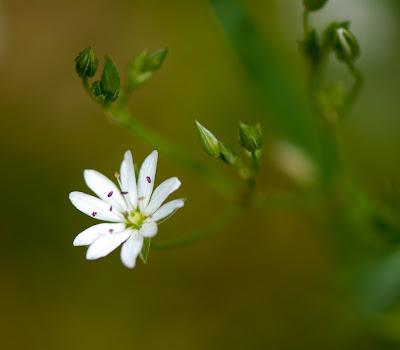 oh look, another gratuitous flower shot because, you know, too much text

When I was in line to board the plane in Montreal to Vancouver, I chatted with a woman and I wrote down her name, as I often do, thinking I might put it in a story. A few days later, Ivan told a story in her workshop about a friend of hers, a good friend, with whom she'd lost touch, and her last name was Bean. Twenty years later, Ivan was teaching a bullying workshop and she was approached afterwards by this wonderfully odd boy who was succinct and wise beyond his years. His name was... Eliot Bean, son of her friend.

The woman I talked to in line at the airport? Her name was Elaine Bean.

Ivan said to look for "watershed" moments. I write for a magazine called Watershed.

Ivan said one of her interests is Roma caravans, because her grandmother was Roma. I've recently been researching caravans for a story (including the day before I left for the conference) and I have a fat file on them as it's always been a dream of mine to own one.

Odd, no? But not, you know, earth shattering.

While I was standing in line to board the plane in Vancouver to come back home today, I chatted with the woman walking beside me. (You see a trend here, right? Yes, I talk to strangers, only if they're receptive, but I've had many an interesting conversation.) Turns out Heidi is president and general manager of an artist management company in Montreal.

Where are you coming from, I asked.

"The Yukon," she said, where she'd just attended the Western Canadian Music Awards. 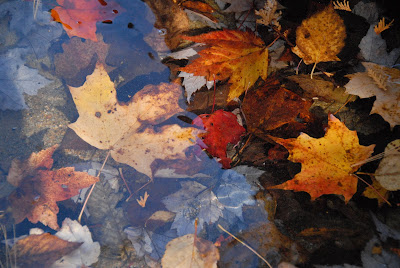 yep, another one
And then I did that thing that makes every Canadian roll their eyes when they're talking to someone from outside the country. "I've just heard an amazing speaker from the Yukon," I said. "Do you know Ivan E. Coyote?"

"Know her? I just stayed with Kim Beggs, a good friend of Ivan's who has performed with her." And with that, Heidi gave me a CD with some of the artists she works with, including Ivan's friend Kim.

And then Heidi asked if I'd ever considered writing music bios. See? Magic.

When I tell you there is some kind of amazing alchemy that comes out of the SiWC, you'd better believe me. And in case that's not woo woo enough for you, the man sitting beside me on the plane mentioned his son, a news anchor, is named Tyler Fleming and Heidi, sitting in front of him, twisted around and said, "Hey, that's my nephew's name."

To sum up- I'm tired, but inspired.

That's what the SiWC does every year.
Posted by A Novel Woman at 5:25 PM

You are exactly who I'd like to be sitting with on a plane. And BTW, I love the flower shots!

Oh, man. I have GOT to get back to Surrey one of these years!

You're a good woman -- you can hold my hand on a plane anytime. Or, yanno, pour a martini down my throat. ;)

I offered to buy her a drink but she said it didn't work as well as holding someone's hand. And eating a bag of chips. I loved her!

Thanks Roxanne. I said on the way back to the airport that I wished I'd had more time to spend with you. Next year!

AND you said in your email to me that while you were there you met someone from Thornbury**! Do you know how small Thornbury is?? I probably know THAT person too! And you mentioned the "Dam Pub"? We've had many meals & beers there. They have a HUGE HUGE HUGE Scotch selection. In fact, they have a locked case with personal, labelled bottles. You'd love it. Just sayin'...

**I have a cottage there

This post so perfectly captured the magic of SIWC. Beautiful writing--and so true. It was my first SIWC, but definitely won't be my last. (Do I have to wait 12 more months for the alchemy of great workshops, supportive writers, and FUN?) I'm looking forward to meeting you next year, and catching up on your blog archive in the meantime.