After living the past twenty-three years in the same house, having raised children alongside dogs, cats, rabbits, and birds, we’re thinking it’s time to renovate. Our 70s era kitchen and scuffed floors could be upgraded with granite counters and fresh cupboards and gleaming hardwood.

I’m hesitant to commit because I remember our last big renovation - overhauling our basement. That was to be a six-week job starting mid-November, and the contractor promised completion by Christmas. I believed him, my first mistake. I also ordered furniture to be delivered December 23rd and invited twenty-four people for Christmas dinner, my second mistake.

The contractor was a stocky, red-headed Irishman who used to work as an undercover cop. He limped through our front door, apologizing for his “gimpy” leg, the result of a gunshot wound courtesy of some “Mohawk smugglers.” He'd pigeon hole one of my kids and reminisce in front of a rapt audience about the old days of drug busts and shaking down informants. “Did you know there’s this small community nearby made up of feral-like people all of whom live ‘between the tracks’,” he said to my open-mouthed son. “Their genetic pool is so shallow that these people all look identical - most have no nails, eyebrows or hair. And they’re illiterate, with names like body parts, well, it’s kind of rude, but one guy --“ At that point I intercepted and shot my protesting son off to school. 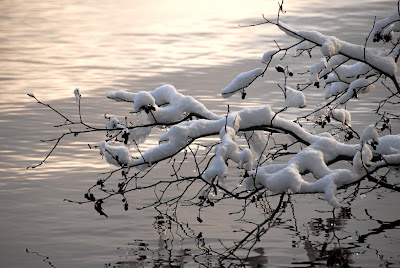 The rest of the workers were a hormonally-driven gang of young men. There was the blond ski bum Tatu, who cracked jokes about how he loaded he just got, how loaded he was going to get, or how he shouldn't be handling the electric saw because he might still be loaded. His pal Tabtab muttered and puttered alongside him. Rounding out the gang was a lanky Jamaican with dreads they called Captain Morgan who dug a large pit in the back yard then defected to Jamaica at the first sign of snow, with a vow to return in the spring.

The house was a constant state of chaos for weeks on end with no visible progress. Tatu and Tabtab would come for an hour then disappear, or not show up at all, or stay just long enough to leave clouds of dust and sawdust covering everything. Meanwhile, I canceled appointments so I could be home, delayed Christmas shopping, decorating and baking. One morning they woke us at dawn on a Sunday and worked for an hour but to what end? The contractor hobbled around and shouted orders, faithfully showing up even after he’d celebrated his fiftieth birthday with wild abandon and much beer, judging from his hangover. 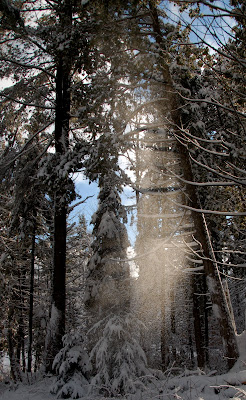 After their electrician bailed, we hired one, and he regaled us with stories of his French Canadian childhood. His father was one of eighteen children, and the whole family still got together every Christmas, eighty-seven people in all, he said. They use sleeping bags and camp in one house, and his mother, well she cooks for the whole gang, using industrial-sized vats, he said. They were poor growing up, but they were never hungry, he said. What lovely tales he told as I poured him tea and offered homemade Christmas cookies. He even brought his young daughter over to visit, the most delicious child I've ever met, like something out of a Victorian fairy tale. She had long curls under her knitted cap and matching mittens. Oh, and if it wasn’t too much trouble, could we please entrust him with $2,000 in cash to buy the new baseboard heaters because he could get us a great deal that way. I did, and that was my third and final mistake, as that was the last we saw of him and my cash. Ex-Detective Contractor, showing a flair for timing, snapped his fingers and remembered after the fact that this electrician may have been known to him from a drug bust years before. 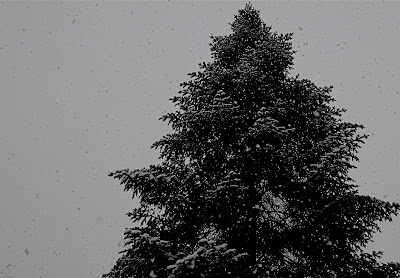 Small emergencies like a flooded fridge after it was jolted off kilter and a 2x4 through a basement window were handled along with bigger ones. We carved a small niche in the living room grotto and set up a tree alongside old computer monitors, boxes of baby clothes and spare suitcases. Kids arrived from universities, as did shrimp rings, cheese platters, and fresh salads to appease the newly released prisoners of school cafeterias. I finally accepted that I couldn’t do Christmas dinner that year so my sister-in-law offered to do dinner at her mother's place. When I asked what I could bring, she requested a roast turkey, with stuffing, hold the sawdust.

You know, I hear 70s décor is coming back into vogue. Maybe I should nix the renovation idea completely and just declare myself a trendsetter. 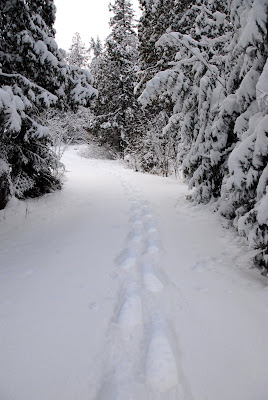 Tatu and Tabtab? Really? Perhaps it would be less costly to your pocket book and your sanity, to just move. (;

The moment you turned the boy out and away from the 'red-headed Irishman', I was hooked! Hilarious!

Mistakes with contractors?
Been there! Makes a girl want to pick up a table saw and a hammer her own self. (One to get the job done. The other to hit "gimpy" over the head.)

See, every time I even think about renovating our early-80s style kitchen, I read something like your post. Then I decide, really, were the 80s so bad? *wry grin*

Yup. Actually Tatu was a delightful young man, just a bit laid back.

Lindieloo, the 80s are SO back in style. Don't do a thing. You're retro-trendy.

Oy. Glad we do our own renos.

(This is why we do our own renos - I'm the demo crew - my poor hubby the reconstruction expert (self-taught out of necessity after I tore out walls, rugs, etc. from our first house together and we could not afford a contractor to put it back together). :)

Ah, the joys of a long-suffering, handy-dandy spouse. I'd loan him out, but I have plans for him (new French doors waiting to be framed in and hung in the basement). Bawhahaha! (poor man). :)

If you go ahead with the renos, may the Renovations Gods be with you!

That would be the silver lining to our extremely unrenovated house...

I love the way you told this story!