The wild life in Vegas has been replaced by a different kind of wildlife at the cottage. These guys have now trained me to jump up and toss peanuts whenever I have the audacity to sit still for five minutes and pick up a book. 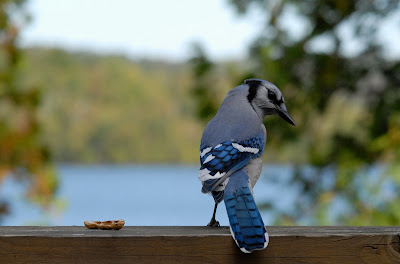 Each one will give me this look - a tilt of the head, then fix me with its beady little eye - and if I ignore it, it'll hop back and forth and bob its head until I cave and open the cookie jar full of peanuts. This noise sends Buddy into a tailspin and he'll whirl and whine then throw himself on his belly at the patio door to watch the jays swoop down and snatch the nuts. It's better than TV for a dog. Then the word spreads and all the jay's friends show up, shouting encouragement from the tree tops. Then on Friday nights, these guys show up. And yes, my nephew knows his pants have holes in them. And yes, he doesn't care. He's almost proud of the fact. 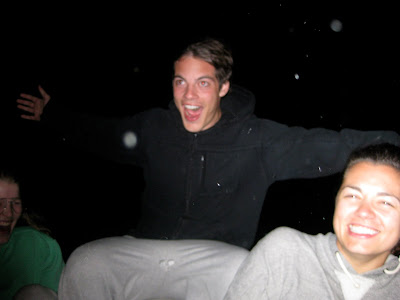 This is not a wild creature. This is a spoiled, neurotic dog who doesn't like being left behind when everyone is out in the boat. Even if it means loud fireworks which scare the pants off of him. Assuming he wore pants. Which he doesn't. Just a light jacket or sweater when it gets cold. (See "spoiled" above.) 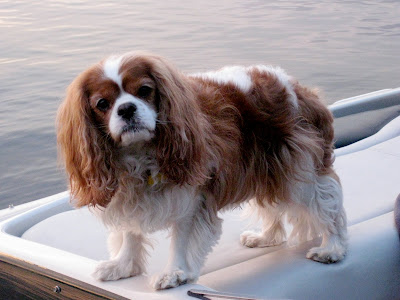 We like to take sharp turns in the boat to soak our guests to see how they take it. These two took like the troopers they are. So we did it again. 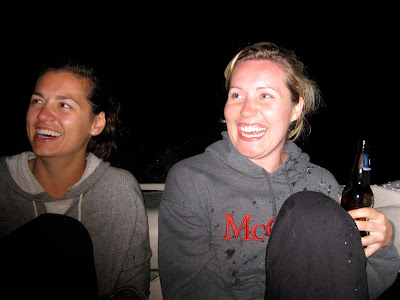 These two did not want to get splashed. They wanted to cuddle. They cuddle a lot. 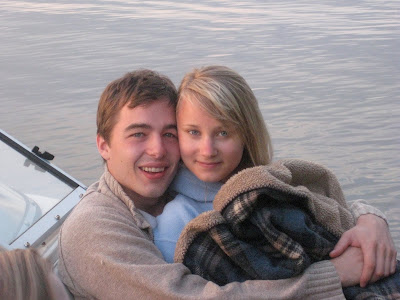 I think this is called a Johnny Jump Up. 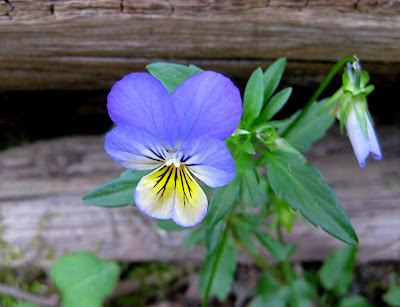 And speaking of random jumping things that show up in my garden, this guy showed up this year. Actually, there's a pair of them.

And you know what that means. (Besides Hassenpfeffer.)

Baby bunnies. I hope to get some photos of them before the foxes/coyotes/wolves/hawks find them. 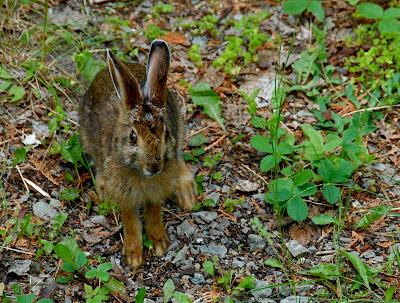 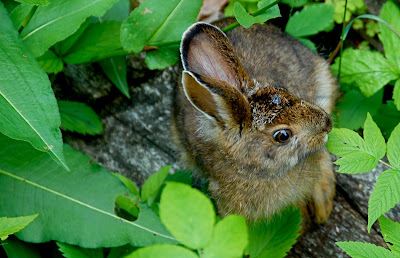 These are fun, and the dog pic shocks me, because our friend has what I think is the same breed (King something-or-other Spaniel?) but I have only ever seen it with short hair!. Glad you enjoyed the holiday :)