All Is Really One

All things are our relatives;
what we do to everything,
we do to ourselves.
All is really One.
Black Elk, religious leader of the Lakota tribe

I've been pondering this lately because I live in a small town where gossip runs as freely as the draft beer at the local pub. Also, I just finished reading an excellent book on sociopaths - THE SOCIOPATH NEXT DOOR by Martha Stout - and at the end of the book, she mentions gossip, and lack of conscience.

Sometimes gossip is just little harmless bits of information - have you seen B. lately? She's lost a lot of weight. Did you see that tree that came down on V.'s back porch? But then there is harmful gossip that crosses a line. It's mean-spirited, intended to isolate and attack another person. It is a form of bullying because the person spreading the rumours believes he/she is elevated by pulling someone else down.

Let's be clear. I'm no angel. I am as tempted as the next person to pass on some juicy tidbit overheard at the local hardware store about someone's kid being arrested or the state of someone's long-term marriage that seems to be on shaky ground. We pass around celebrity gossip like a plate of warm brownies so why not include people we know, or think we know?

My opinion on gossip changed when I found out my family was the latest casualty. A neighbour saw boxes being carted from the house to a waiting van and assumed, incorrectly, that my husband had moved out. Did she ask me? No. She called another neighbour to report what she saw and what she suspected. As the gossip spread down the street like a game of broken telephone, it took on a life of its own. The story was embellished with lies and speculation as to why he had moved out, no, he must have been thrown out. He must have been unfaithful, that bastard, no she had it coming...none of it true, of course. But some people never let truth get in the way of a good story. The real story - we were renovating our entire basement after some minor water damage and the contractor need to have everything out temporarily - was not as juicy.

It's changed how I talk about, and behave, around others. I'm not as open or trusting with confidences. I resist spreading rumours but sometimes I slip and when I find myself zinging someone else, I end up feeling guilty as I remember how I felt when I was the target. Let's just say, I'm a work in progress.

Some ancient Eastern mythology states that gossip is a form of mental illness. Stout believes conscience, and the ability to feel empathy towards others, is how you end up with a happy, successful life. 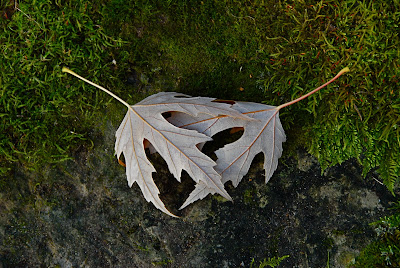 Now, before I am tempted to spread gossip, I ask myself three questions:
1. Is it the truth?

If I can't answer these questions, I shut my mouth tighter than a crab's ass at high tide.
Posted by A Novel Woman at 9:01 AM

Good for you...gossip is so tempting, but can be really damaging!

I know. I don't always succeed, but I'm trying harder.

I've been the subject of gossip, and it is terrible. There is no way to fight it. You can only guess on where it comes from, and you can't stop it. You can only hold your head up and continue on. Gossip can only be out lasted.

When your husband and you remain together, happily, after a while the BS will die down.

Now that I have that vision out of my thoughts...(HUGS).

Sharing concerns towards brainstorming a solution - not gossip.

Sharing opinion with the intent, whether directly or indirectly, to undermine, embarrass, call into question someone else--gossip.

Oh, don't worry. This gossip happened a few years ago and the woman who started it is known to be a trouble maker. But sometimes when I find myself making a joke at someone's expense, I cringe and wonder how I'd feel if that was me someone was poking fun at. Like I said, WIP.

I was thinking, too. So and so has lost weight? Did you see the tree on V's porch. This is NOT gossip. You are not saying anything that shreds the character of anyone else. Gossip is that mean stuff that would cause hurt and pain, the sort of thing that you wouldn't say to a person's face because it is rude. Like, "So and so has lost weight. Do you see how she's dressing now? She looks like a slut." or "Did you see the tree on V's porch? It's an ill wind that blows no good; she's running around with the guy who owns the tree removal company." That is gossip. Reporting a simple fact is not gossip. Putting your malicious opinion in can make it that way.

Gossip tears at me. Tim's ex-wife has called me a whore for years. My brother accused me of stealing from my dying mother's room. Neither thing is true, but I am embarrassed and self conscious when I hear of the whispering behind my back.

Debby, you shouldn't feel embarrassed or self-conscious. It says more about them than you.

Thing is, we can't control what other people say or think or do, but we can control how we feel and how we react. So hold your head up, and walk away.

Oh yes. Gossip. I live in a rural community with a number of small towns - it's like wildfire out here. Of course there is probably 20 stories circulating at any given time - luckily I am so 'out bush' I don't hear it.

And when people say 'I'm not sure if I should tell you this', I say 'please don't'.

PS Debby do you mean embarrassed or mortified? You don't own any of those stories, so really you are embarrassed by those spreading lies, not by yourself.