Well, the leftover turkey is almost gone, the carcasses have been turned into soup along with some lovely fat egg noodles, the remaining baked goods are still going down well with breakfast coffee (seriously, is there anything better than chocolate for breakfast?) and the Christmas holiday is all over but the shouting. How did everyone do?

We had twenty-four for dinner, although two stayed home and had dinner delivered to them as they weren't feeling well enough to get out. There were a couple of glitches along the way. My car battery died, so we were down to one car. Then our water turned brown from a broken water pipe somewhere, but I ran over to my in-law's and filled up a couple of jugs even as half a dozen snow plows/trucks blocked my way and honked as I darted in and out. We didn't get our promised free-range, 30 pound "happy" turkey my two daughters on the cusp of veganism insisted on, which (despite my reservations to the contrary due to its size) I've roasted in the past to juicy, tender perfection. No. My husband came home with two, 15 pound Butterball turkeys the butcher handed him instead. 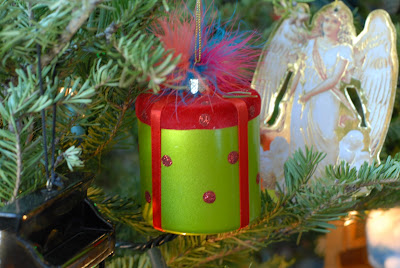 This meant stuffing and roasting one on Christmas Eve and racing home from my sister-in-law's shindig to carve it and make gravy and tuck it away in the fridge. No worries. It reheated beautifully while I made gravy from the second Christmas Day turkey and so there was plenty to go around along with the huge (I mean giant roasting pan filled to the top huge) pan of stuffing, mountains of mashed potatoes with sour cream and butter, mashed turnips with maple syrup and cinnamon, cranberry sauce and broccoli with olive oil, lemon and sea salt. We finished the meal with my mother-in-law's famous steamed carrot pudding with hard sauce, and I baked Italian macaroons (divine, chewy almond confections I tried for the first time and LOVED), a bowl of fresh fruit salad, shortbreads, truffles, buttertarts and all manner of other treats. 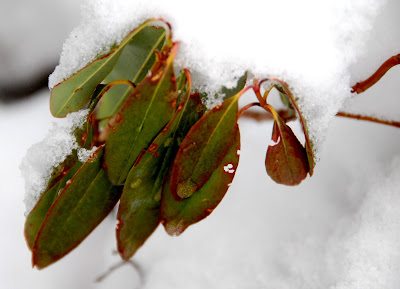 Doug insisted on a big cheese plate, which I thought would be too much, but it proved popular so we'll do that again. It went very well with the new whisky he gave me for Christmas, one fine bottle of Glenkinchie. Do other women ask for whisky for Christmas, or is that just me? It has proved to be my current favourite, just slightly above the Aberlour, Glenmorangie and the Macallan 12 year old we've sampled lately. For some reason, and I really don't know why, whisky does not affect me the way a glass of beer or wine does (that is, almost instant stupefaction accompanied by a flushed face and the sweats leaving me looking like a scullery maid after a big banquet.)

There were so many people in our tiny house that all the windows steamed up as did I, when I stepped outside to cool off. Literally, there was steam rising off my body in shimmery waves which cracked up my sister-in-law, who hasn't experienced a hot flash yet. (Just you wait, darling.) But we all ate and drank and chatted and opened gifts together and it was everything Christmas is meant to be.

Doug and I collapsed at the end of it, our legs finally giving out around midnight. We haven't moved from the house since, preferring to eschew the Boxing Day sales and instead, tucking in with our new books and mugs of tea and the odd DVD, like Terry Jone's MEDIEVAL LIVES. Happy New Year everyone! 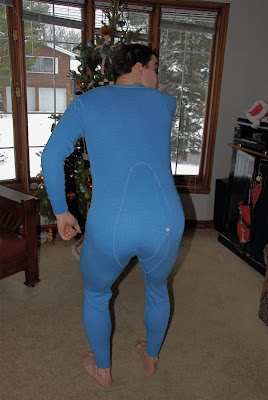 Hope you have recovered from all the hard work...

Not quite, but the whisky helps.

The wind is whipping up something furious. I'm afraid for my new siding. And I think the power might be disappearing soon. Fingers crossed we don't lose it.

I'm glad you had a good Christmas. :)

Wonderful... the same, but oppposite! We had 21 (all present) in a big house, but in which two air-conditioners struggled to keep up with heat and humudity levels. Mostly cause people kept forgetting to shut doors and we air-conditioned half the southern hemisphere! EVERYONE was having hot flushes...

Meal sounds amazing - how did almost-veggo daughters cope? Did you know Jeanie was one for a decade. Nearly killed Dad!!! Heh.

season's blessings to you and yours, pam :)

Debby, you misunderstand - the beer and wine are what cause Instant Stupefaction. The whisky does NOT, hence my fascination with the stuff. Odd, since it tastes so much stronger, but a hefty glass of the stuff has virtually no effect whatsoever, neither drunkenness nor hot flashes. Doug said I must have Scot's blood in me, but I have nary a drop. All British, with a drop of Irish (from Limerick) but originally French (pre-Norman conquest.)

Bush Babe, my daughters were told they could just pass up the delicious, moist, gravy-laden roast turkey but they decided they'd go for it. And they knew I'd at least tried. Air-conditioning at Xmas, eh? Now that's a strange one. And I loved your Christmas card. Geez, but you have cute kids! They both look like they just love life.

Theo, the long johns are my husband's but my son had them on for some outdoor hockey and was posing for the camera, the big goof.

Laughingwolf, thank you and the same to you and yours!

no back hatch on the long undies?

Pammy, looks like you had a glorious Christmas! We did too, out here in snowed-in BC. As a former Saskatchewanian, I love the snow - when it dares to make it's infrequent appearances. We actually sledded down our hill on Christmas morn - perfection! Now we await the New Year and the post-holiday dietary adjustments...

Dykewife, oh, there's a hatch all right. Can't you see the button?

Roxanne! Dahling! How are all the doggies? And I thought about all my BC buddies with the snow this year. Fun, isn't it? I love the snow at Christmas. It's during February, March, April....that's when I've had enough already.