Proposition 8 and the Human Heart 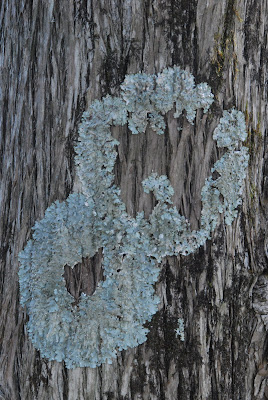 I've never watched this show before but someone posted this clip on one of the writers' forums I frequent, and I was really moved by it. Unlike Olbemann, I do have people close to me who are gay, and I have seen them struggle with discrimination and shame that stems from ignorance. Some of them have even died because of it. To say those deaths were senseless is a gross understatement.

Why, why, why are straight people so threatened by gay marriage? One devout couple said to my husband recently that the Bible clearly states homosexuality is "an abomination." When challenged on it and asked where that particular passage is - my husband being fairly familiar with the book in question and having discussed this very topic with the Archbishop of the Anglican Church who said unequivocally there isn't any such passage - they backed down. Not that we believe it's a sin, they said, but the gays (as in "those people") will have to answer someday to God because He is the one who is apparently harboring the grudge.

I've said it for years and I'll say it again. Love is love. It doesn't matter if body part A fits into part B. Love is love. A heterosexual couple with children is no more or less a family than a grandmother raising her grandchildren or two committed men or women raising their biological or adopted children. Family is defined as "nearest and dearest" in the dictionary.

I can't say I'm against ignorance per se. Ignorance has value when it is recognized for what it is, and used as a step forward towards wonder and curiosity and ultimately, knowledge. Have a look at John Shelby Spong, a Christian theologian, Biblical scholar and former Bishop who wrote JESUS FOR THE NON-RELIGIOUS amongst many other worthy books. He says:

"All human beings bear God's image and must be respected for what each person is. Therefore, no external description of one's being, whether based on race, ethnicity, gender or sexual orientation, can properly be used as the basis for either rejection or discrimination."

Yeah. What he said.


Have a good weekend. Love one another. Remember, 'tis the season of love and goodwill, and that should extend to every last one of us.

Oh, and a GIANT P.S. Have a look at this (thank you kc dyer and Susan A. for passing it on. I LOVE IT!) This is too good to be buried in the comments:

You must see this:

My brother, who finds a new love of his life every couple years, lurching from relationship to relationship, breaking up marriages (his own and others), has a big problem with gays. My daughter's Godmother is gay, and he threw a fit about it. I told him that I didn't judge a person by what they did in bed...and that he should be damn glad of it.

I totally agree. I've never watched that show except for that video, which I think is marvellous, as is the one Susan linked, in a totally different way. *g*

I will _never_ understand why any two consenting adults who want to be married shouldn't be able to. Love is love.

Thanks, Susan! Karen also sent it to me via email so I decided it had to go in the body of the post. Love it!!

Debby, I'm liking you more and more each day. And damn, you are one funny woman.

Live and let love, I say!! I will watch the clip when I have less chaos around me and can enjoy it properly... no doubt it will take about half an hour for my internet to let me have it.

Speaking of letting me have it... sorry Pam. Well. I'm not really, but you KNOW I love you even if I do torture you. And I am not cruel. I am Australian. You can't go telling me you hate loose teeth when my son has a loose tooth and not expect a little something blog-wise. I couldn't help myself! *hand to heart*

Now, in case I haven't already taken up ENOUGH comment space, can I say I LOVE that two of my bestest girls are gettin' on so well. Even if they do gang up on me. Heh.

Hugs *braces self to be pushed away*
BB

Aussies and Canucks share the same funny bone. I'd 'a done the same to you, given half the chance.

No, BB...you won't be pushed away. Sorry about your luck. You're still in the 'inner circle', sister. I'm American. I cannot resist the urge to torment, either. I guess us Yanks, Aussies, and Canucks have something in common.

I have to say that the day I was proudest to be Canadian was the day Jean Chretien legalised gay marriage.

I thought to myself "THAT is what Canada is all about" - live and let live and above all respect each other.

There isn't talk of undoing it, is there?! News coverage on Canadian politics is non-existent here in France. Quelle horreur if that's the case.

No, we're still upholding our gay rights up here in the Great White North.

However, in case you haven't heard, we are in a real political crisis at the moment, unprecedented in our history. The Governor General has agreed to suspend Harper's government until January.

Like the rest of the world, we're staring into the maw of a recession, our economy is the worst it's been in the last 20 years, and Harper has been running the government as though he has a majority. When he took away funding for all parties, which would essentially bankrupt every party except his, they called him on it.

The three minority parties formed an alliance - the Liberals, the NDP and (the most controversial) the separatist Bloc Quebecois - in order to either gain a majority vote in Parliament, which essentially means Harper is no longer running the show. It's legal, it's constitutional, and it has everyone wetting their pants from coast to coast.

The current suspension of parliament buys Harper a bit of time, but really what he needs is an old-fashioned Time Out to sit in the naughty chair to reflect on why bullying in parliament doesn't work when you only secured a minority in the last election.

I think you're going to see Michael Ignatieff in the Liberal driver's seat by the end of the week, and Dion (weak, weak Liberal leader) will be gone.

Well, at least January won't be anti-climactic after the Christmas holiday!