Tilt-Shift, or How to Fake It 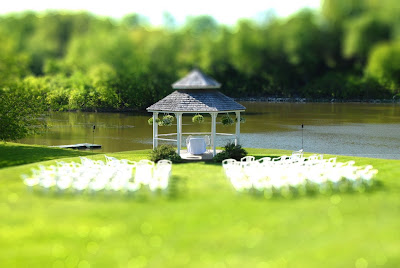 Tilt-shift in photography and film. It's a way of making a normal scene in a photo look like tiny toys grouped together. I think it's really cool, but then again, I built little shoebox dioramas for my own amusement when I was a kid.

For a great example of how it's used in film, check out the opening credits of DOLLHOUSE:

This is achieved by manipulating the depth of field; you reduce it to trick your brain into thinking what you're looking at is a miniature. Here's a more technical explanation but honestly, I think it's as dry as that first slice of bread in the bag because someone keeps forgetting to put the plastic tag thingie back on. (How hard is it to do that?)

"‘Tilt-shift’ actually encompasses two different types of movements: rotation of the lens relative to the image plane, called tilt, and movement of the lens parallel to the image plane, called shift. (Are you asleep yet?) Tilt is used to control the orientation of the plane of focus (PoF), and hence the part of an image that appears sharp; it makes use of the Scheimpflug principle. (Ah, yes, that one. I think she was in charge of my high school.) Shift is used to change the line of sight while avoiding the convergence of parallel lines, as when photographing tall buildings. In many cases, “tilt-shift photography” refers to the use of tilt and a large aperture to achieve a very shallow depth of field.”
Wikipedia.

Now, one way to create this effect is by using Photoshop. There are lots of tutorials to walk you through all the steps. Or you can use TiltShiftMaker, and they'll do it all for you! 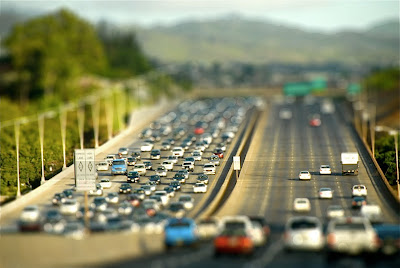 This one reminds me of those plastic turtle homes we had as kids. 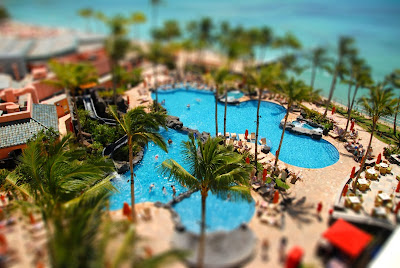 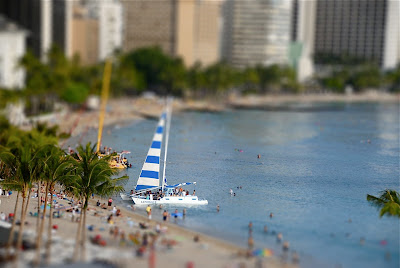 Smashing magazine has 50 examples you can check out. I'd love to see more. If you try it, send me a link and I'll post them.

Happy faking!
Posted by A Novel Woman at 9:16 AM