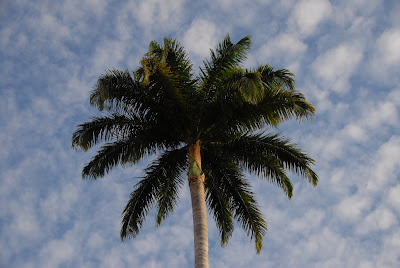 We were lucky enough to be in Oahu the same week of the Aloha Festivals, the oldest and biggest statewide festival with food, hula dance, and live music all week long. We kept stumbling across performances in parks and outdoor malls. This year's theme was Hula "Let The Story Be Told."

Seriously, how cute is the fellow on the far right? I coveted his hat. 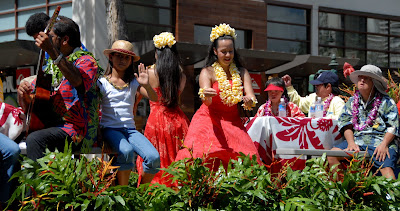 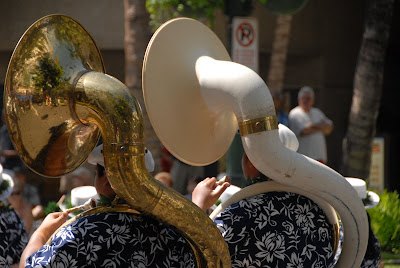 Only Oahu has the Floral Parade with giant floats covered in fresh flowers, lots of bands and choirs and most special of all, horses and p'au riders. 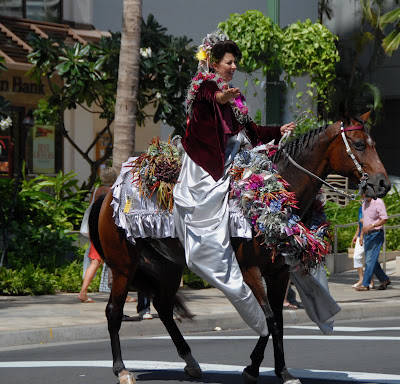 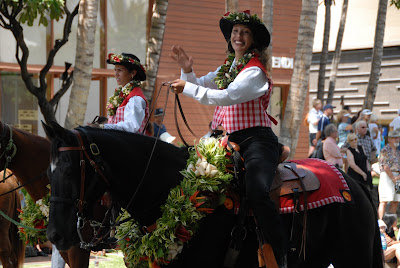 My favourite p'au rider, below. How many cowboys you know who can wear several leis, a flowered Aloha shirt and still look so....masculine? It's one of the charms of Hawaii. 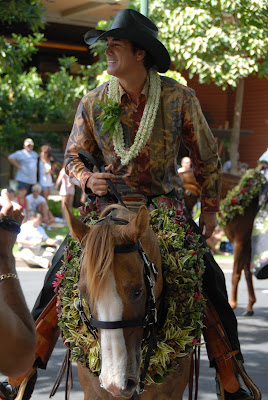 P'au riders are men and women on horseback wreathed in flowers and metres and metres of fabric in their island's colours. The "p'au" comes the fluttering fabric behind the riders when Hawaiian women refused to ride sidesaddle like the missionaries wanted. They'd grab their long dresses and scrunch them up underneath their legs, allowing the fabric to "p'au" or flutter out behind them. For the parade, the Queen P'au leads her princesses through town. Eight colours and types of flowers represent the eight islands. 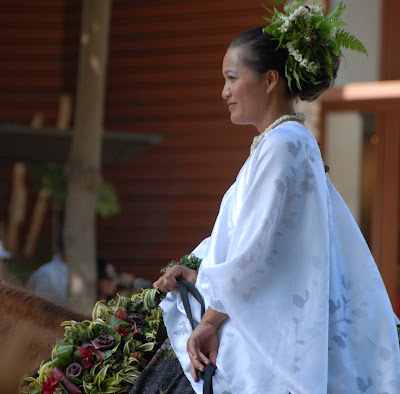 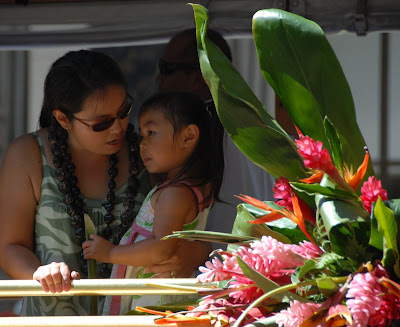 After several hours in the heat, I felt like this guy. Until I discovered this magical place called the Cold Stone Creamery. I tiptoed through its magical air-conditioned land until I came upon a thing called the Mud Pie Mojo and the rest (of the parade) was history. 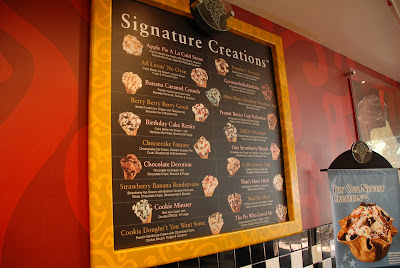 Classic... how very handsome are the people of Hawaii... gorgeous!!!

Love the dude passed out in the grass skirt on the back of a ute (truck?). Outstanding!!
:-)
BB

Cold Stone Creamery is Nirvana...there are many of them in the DC area!